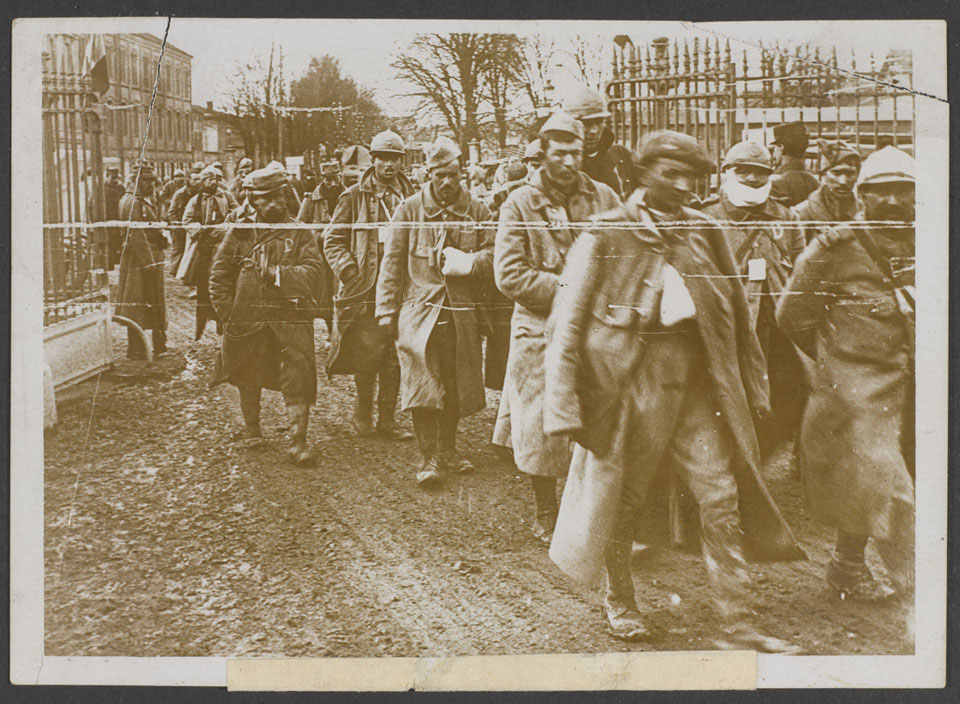 Wounded French soldiers arrive at Verdun railway station for transportation to hospitals. The Battle of Verdun (1916) lasted for over nine months and was one of the bloodiest engagements in history. French casualties during the battle exceeded 370,000. The German Army sustained around 330,000 casualties.