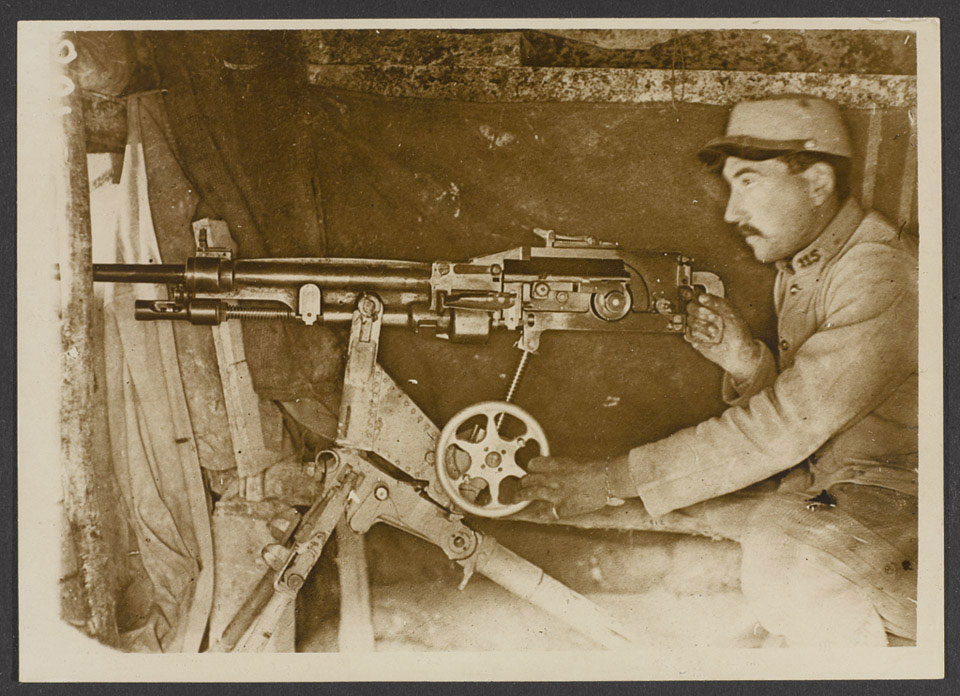 French machine-gunner on the Champagne Front, 1915

A French soldier prepares to fire his St. Étienne Mle 1907 8 mm machine gun. Introduced in 1908, this weapon was widely used by the French in the early years of the war. Although capable of firing up to 600 rounds a minute, the mechanically complex weapon was prone to stoppages in the muddy condition of trench warfare. The St Étienne Mle 1907 was thus eventually replaced by the Hotchkiss M1914 machine gun which was easier to manufacture and more reliable.