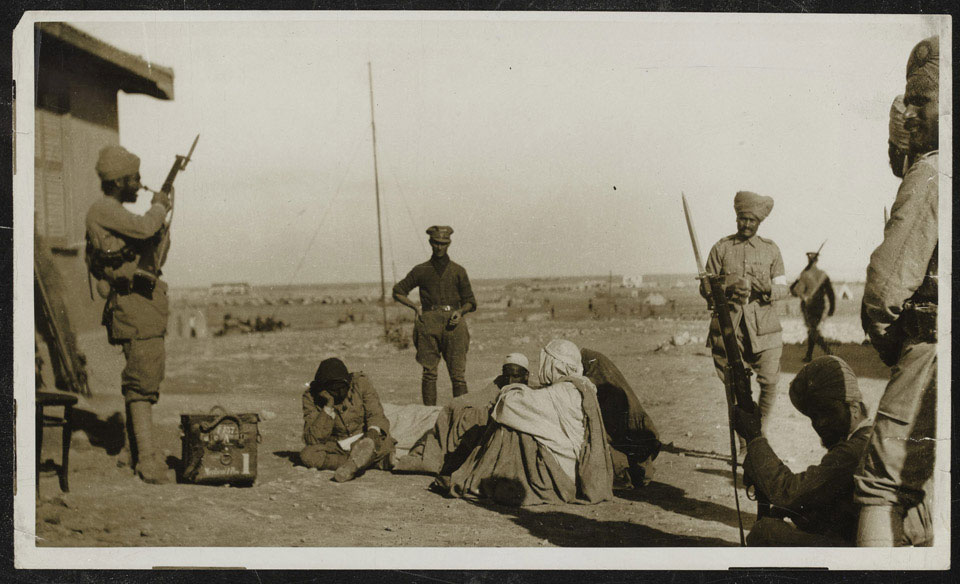 The fighting on the Egyptian Western Frontier, 1915 (c)

Indian Army soldiers stand guard over a group of wounded Bedouin soldiers at Mersa Matruh in western Egypt. In 1915 the Ottoman Turks attempted to breach British defences on the Suez Canal. In support of these operations the Senussi Arabs attacked the British from the west, but were defeated by the Western Frontier Force under Major-General A. Wallace.