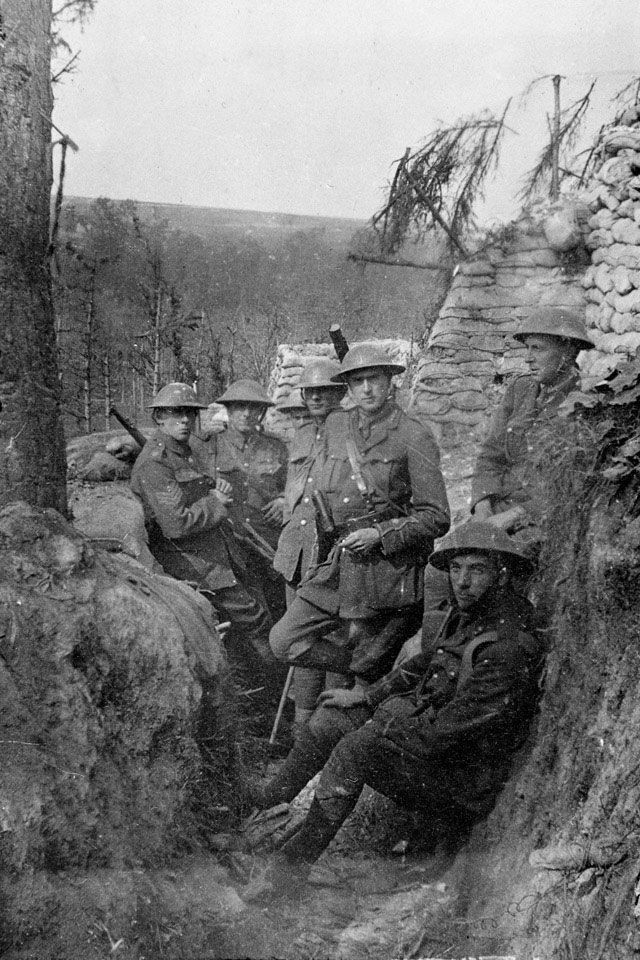 'Reconnoitring party before the fall of Thiepval at Spayside', 1916

Thiepval village had been a British objective on 1 July 1916, the first day of the Somme offensive, and had repeatedly defied attempts to capture it. It was eventually taken by the 54th Brigade in late September after fierce fighting.