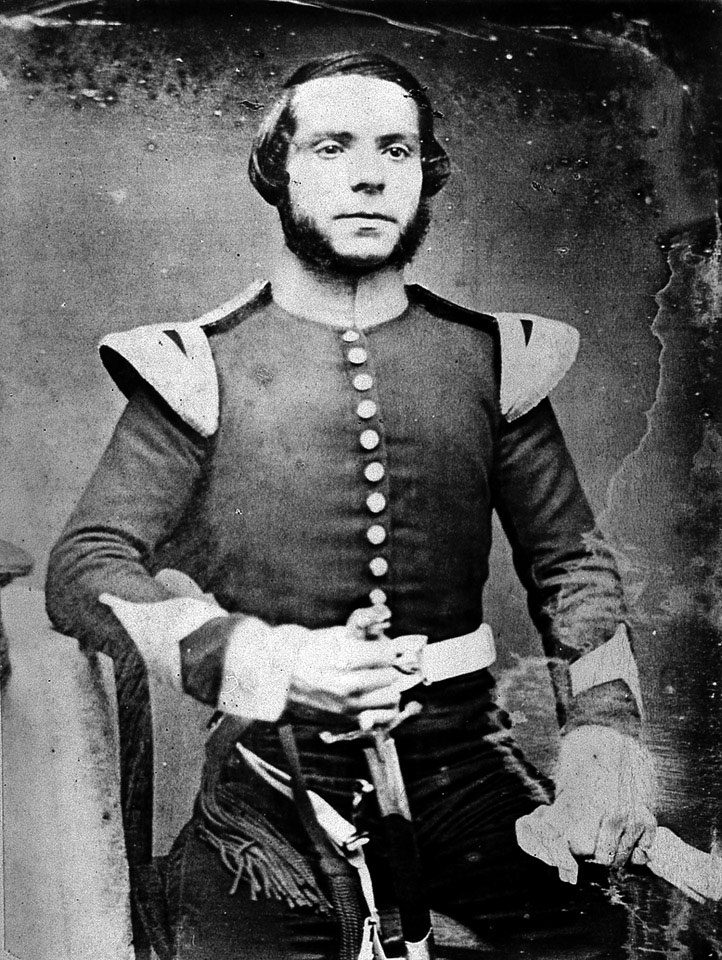 Frederick Newman (1828-1854) enlisted in the 97th (Earl of Ulster's) Regiment of Foot on 20 February 1844 and until he returned to England in May 1853 had spent almost all his military career abroad in the Mediterranean, Jamaica and North America. He served as a Hospital Sergeant from 1849 onwards and in this capacity went with his regiment to the Crimea in November 1854, dying of fever the following month.

Newman is photographed wearing round his waist a sergeant's floss silk crimson sash. He was an unhappy soldier and since 1848 had been hoping that his uncle would buy him out of the Army. The money that he had been saving for the purpose he had paid to buy out his younger brother, who enjoyed the Army even less than he did.

From a collection of papers associated with Frederick Newman, Hospital Sergeant, 97th (Earl of Ulster's) Regiment of Foot.