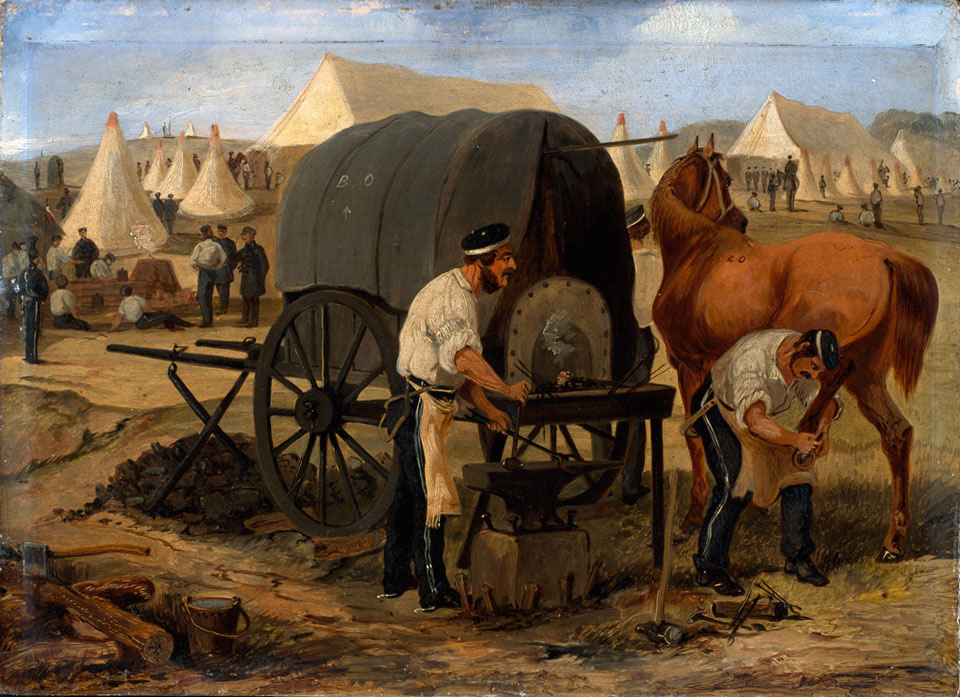 Farriers of the 17th Lancers shoeing a horse from a mobile forge, Chobham Camp, 1853

From 14 June to 25 August 10,000 men, 1,500 horses and 24 guns mustered on Chobham Common in Surrey for drill, field operations and parades, under the command of Lieutenant-General (later Field Marshal) John Colborne, First Baron Seaton. Known as the 'Great Camp', Chobham was the scene of the first large-scale manoeuvres in Britain since the Napoleonic Wars. The object of the encampment was to improve the efficiency and discipline of the British Army, which had not seen active service in Europe in nearly 40 years. These preparations proved invaluable in the Crimean War of 1854-1856.

This painting is the original for a coloured lithograph in the set of six prints by Vincent Brooks after Alken entitled 'Chobham/ Reminiscences of the Camp', published by Messrs Preston, 31 Burlington Arcade, London, 1853 (c).