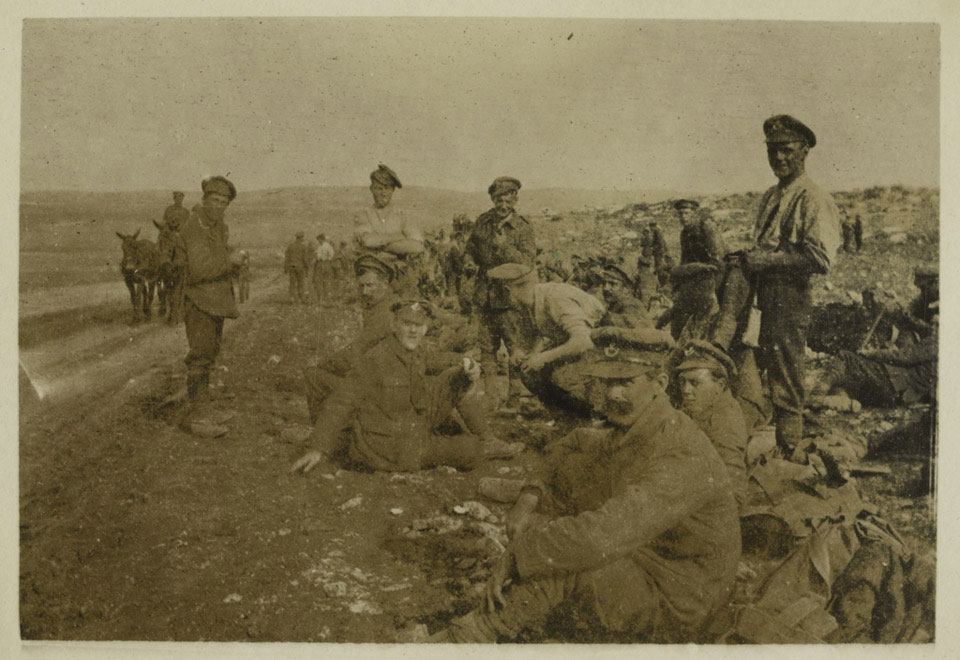 Members of the Shropshire Yeomanry resting by a roadside on their way to the front lines in Palestine, 1917

The caption on this image states: 'The 50 mile trek from the rail head to the "line" in Palestine. A halt by the way.'

The desert railway which crossed the Sinai Peninsula, transported men and troops to the front. General Murray's campaign had relied heavily upon it, but unlike his predecessor, General Allenby did not wait for infrastructure to be completed before making an advance in Palestine.