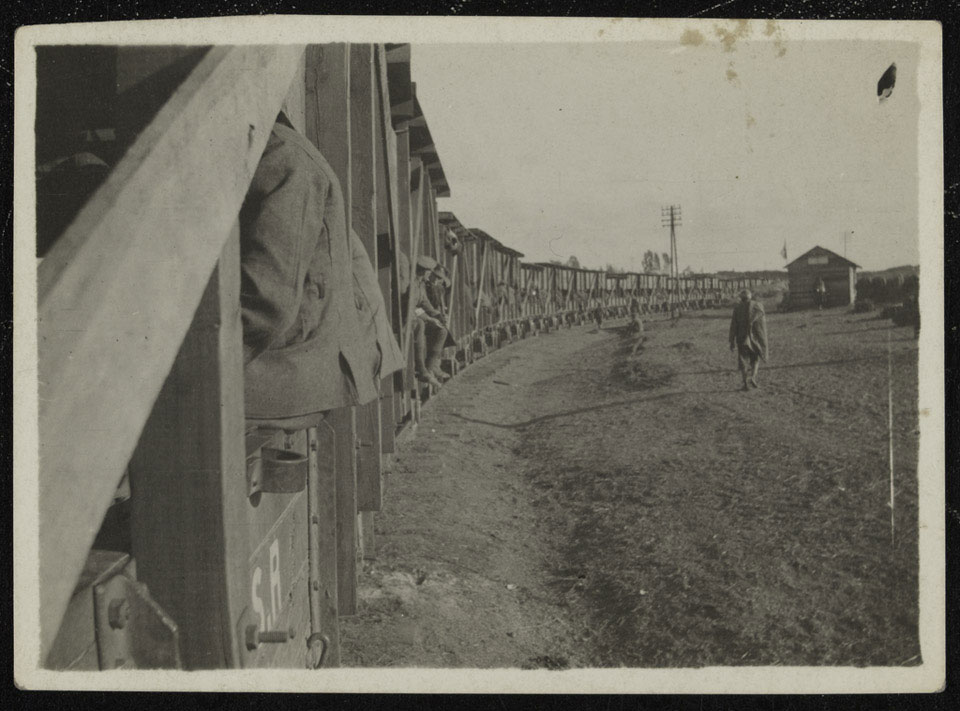 The caption on this image states: 'Troops en route from Kantara to Ludd - taken at Deir Salaam Palestine.'

Construction began on the desert railway in February 1916. It eventually spanned hundreds of miles across the Sinai peninsula, providing troops and supplies to the front line.

El Qantara, known by the Allies as Kantara was a supply depot on the Suez Canal in Egypt. It marked the start of the desert railway and had a hospital centre and distribution warehouse to support units taking part in the Sinai and Palestine campaigns.

Ludd (now Lod) in Palestine was captured by the Allies on 16 November 1917.