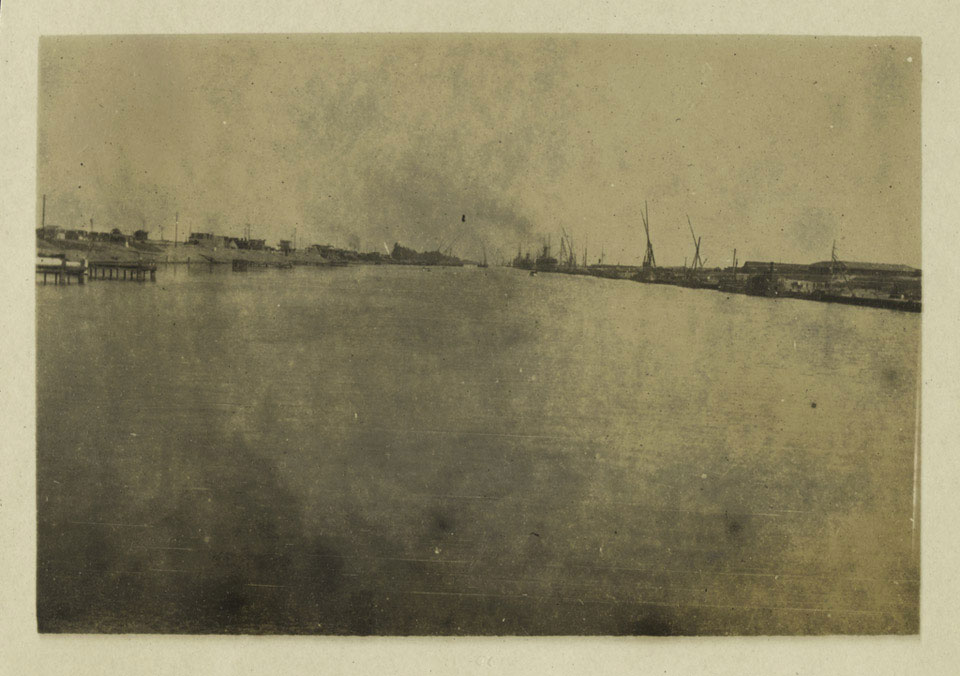 This image was taken by Corporal Joseph Egerton who was stationed in Egypt and Palestine. Armed with his camera, he took numerous photographs of Egyptian scenes and the local people.

El Qantara, known by the Allies as Kantara was a supply depot on the Suez Canal in Egypt. It marked the start of the desert railway and had a hospital centre and distribution warehouse to support units taking part in the Sinai and Palestine campaigns.