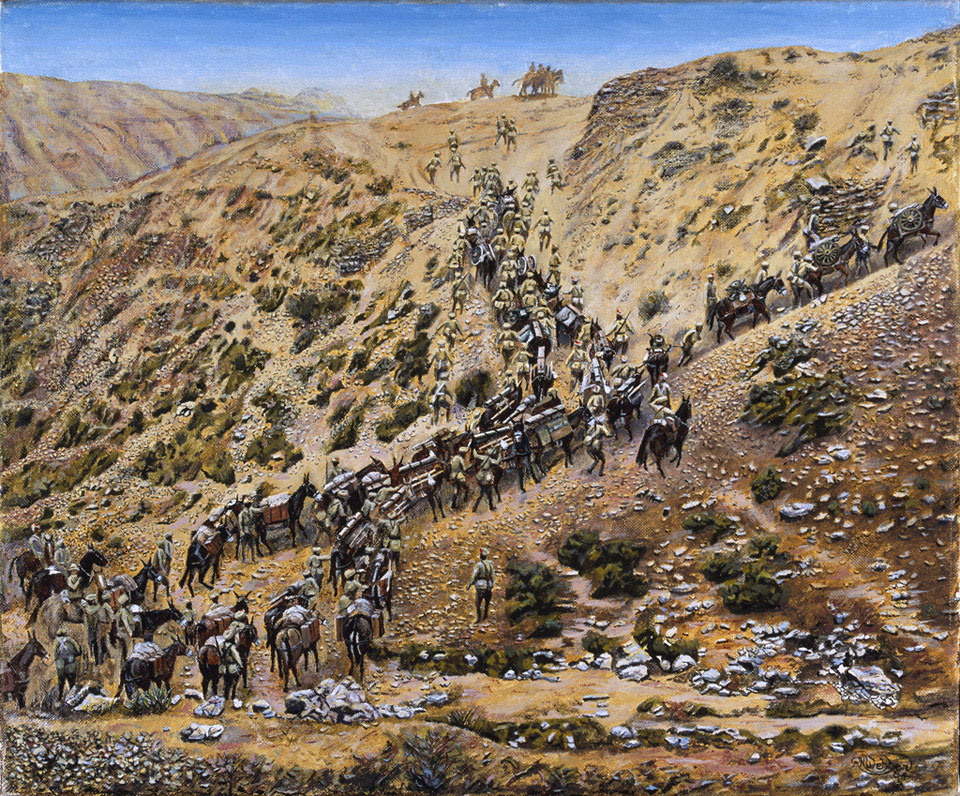 This painting depicts Indian Army gunners leading mules carrying artillery and equipment up a hillside. The Waziristan Revolt of 1919-1920 was sparked by the Afghan invasion of the North West Frontier of British India in 1919. Although the British quickly defeated the Afghans, the Waziri and Mahsud tribesmen gave them a very difficult fight. The tribesmen were always eager to throw off British rule. Fearsome warriors, they were also on the look out for opportunities to loot and pillage.