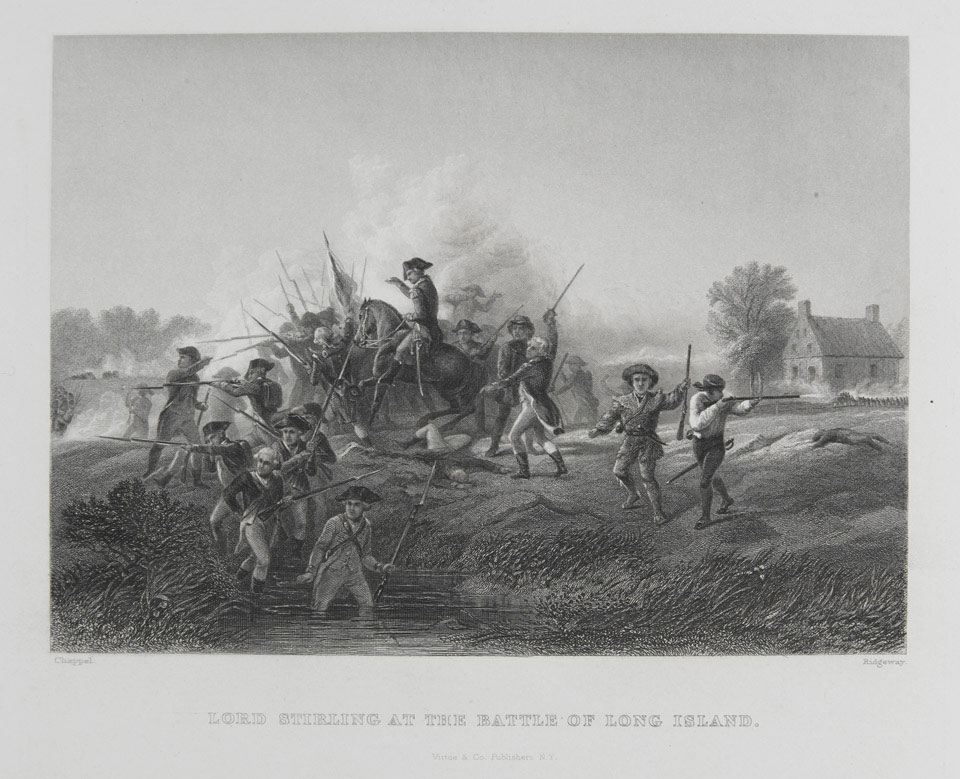 Lord Stirling at the Battle of Long Island, 1776

Steel engraving by Ridgeway after Chappel, published by Virtue and Company, New York, 1858.

The Battle of Long Island (also known as the Battle of Brooklyn) took place during the American War of Independence (1775-1783). In June 1776 Major-General Howe entered New York Bay, established a camp on Staten Island, and consolidated his forces. On 22 August around 22,000 British troops landed on Long Island. After several days' reconnaissance, Howe drove George Washington's American army back and defeated it on 27 August. The British took 1,200 American prisoners and about 400 men on each side were killed or wounded.

Shown here on horseback, William Alexander (Lord Stirling) was an American general who claimed the disputed title of Earl of Stirling. At Long Island he commanded the 1st Maryland Regiment in repeated attacks against a superior British force. Massively outnumbered, his men were eventually overwhelmed. Stirling was taken prisoner, but not before repelling the British long enough to allow the main body of American troops to retreat to defensive positions at Brooklyn Heights from where they were later evacuated to Manhattan.