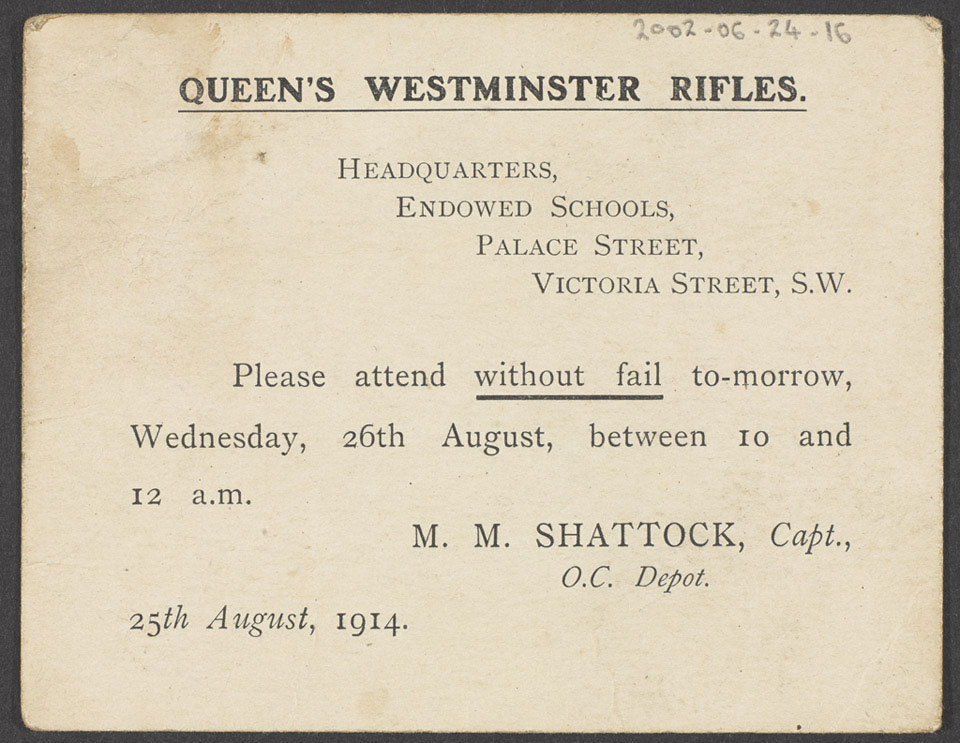 Postcard with an order for Rifleman Eve to report to the headquarters of The Queen's Westminster Rifles, 25 August 1914

The first side is hand-written and addressed to William F Eve Esq at Ardmore, Harrow View, Harrow. Eve was a Territorial soldier with 1/16th (County of London) Battalion (Queen's Westminster Rifles), The London Regiment. The other side contains a typed message from Captain M M Shattock, the Officer Commanding the Depot of the Queen's Westminster Rifles, with an order for Eve to attend headquarters without fail the following day, Wednesday 26 August, between 10 and 12 am.