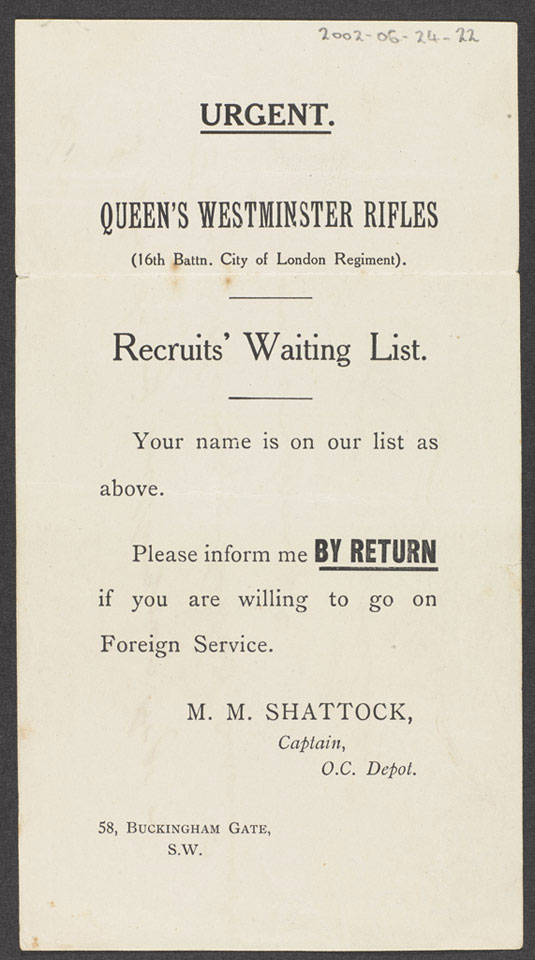 The letter states that Eve's name is on the Recruits' Waiting List for The Queen's Westminster Rifles and asks to inform him whether he is willing to go on Foreign Service. The back side of the form contains a written message which reads: 'Sir, I stated my willingness to go on Foreign Service when at Headquarters and I now confirm it. Yours faithfully W J Eve.'

In the event of war Territorials like Eve could be called upon for full-time service. They were not obliged to serve overseas, but when asked to do so in August 1914, the vast majority agreed to go.