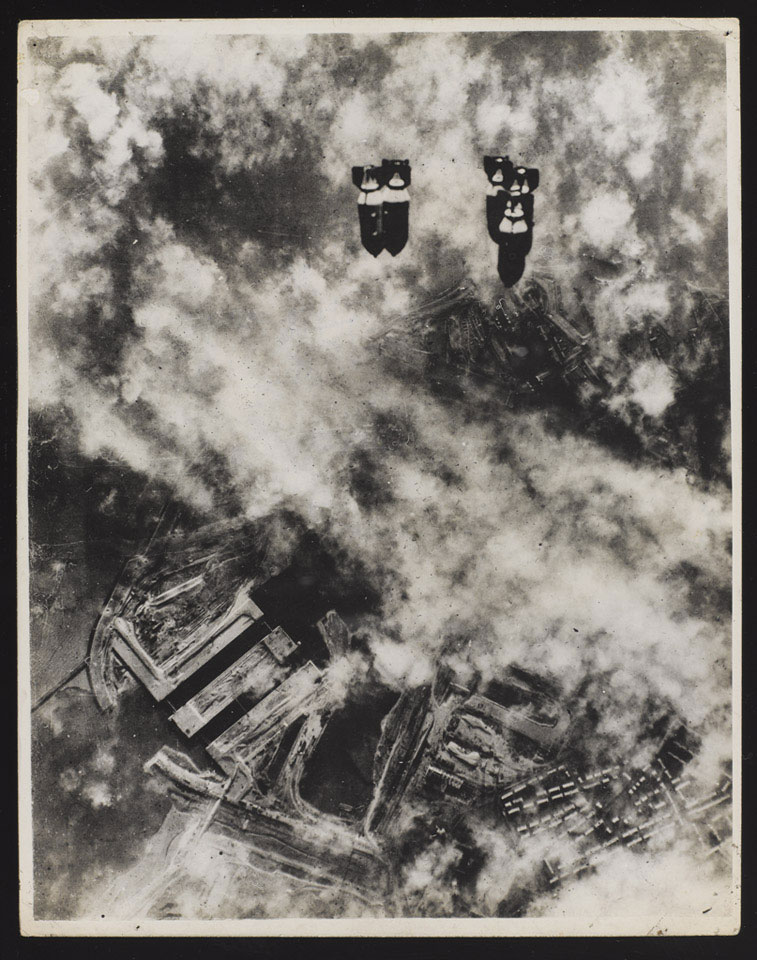 The raid on Wilhelmshaven port in Lower Saxony on 27 January was the first USAAF daylight bombing raid over Germany. It was flown by elements of the 369th Bomber Squadron of the 306th Bomber Group. The Royal Air Force (RAF) had previously attacked the port in 1939 and 1941 and both air forces raided Wihelmshaven again in 1944 and 1945. By the end of the war two thirds of the city's buildings had been destroyed.