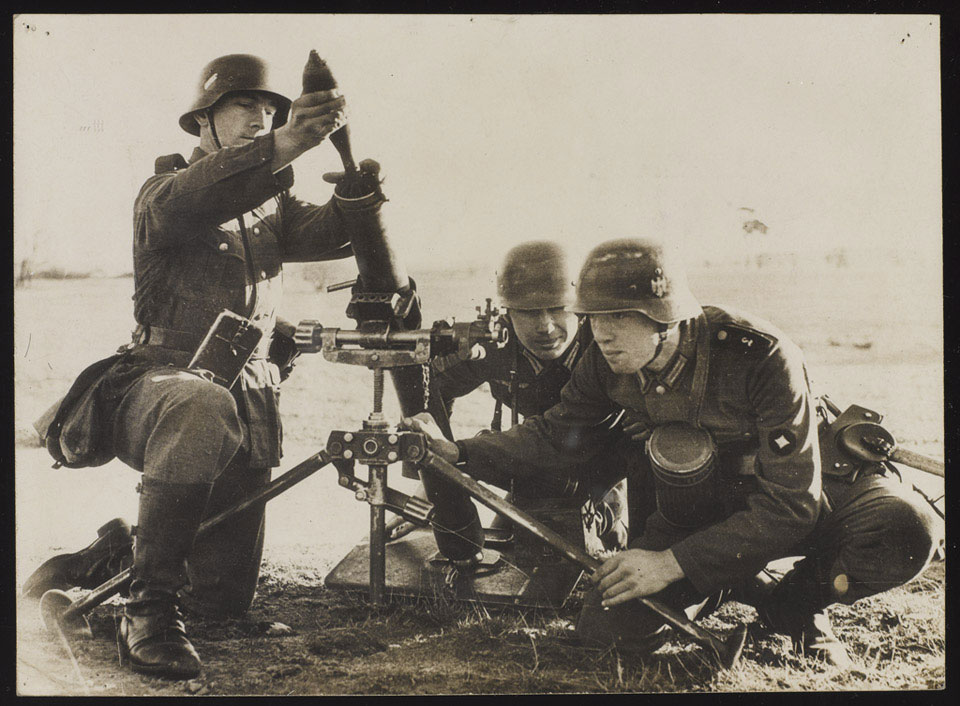 German infantrymen being taught how to use a mortar at the Doberitz school, near Berlin, 28 August 1938

Doberitz in Brandenburg had been a training centre and weapons proving ground for the German Army since 1894. The latter force had expanded greatly following Adolf Hitler's assumption of power in 1933. He introduced conscription in 1935 and by 1938 Germany had 36 infantry divisions of 600,000 well-trained men.