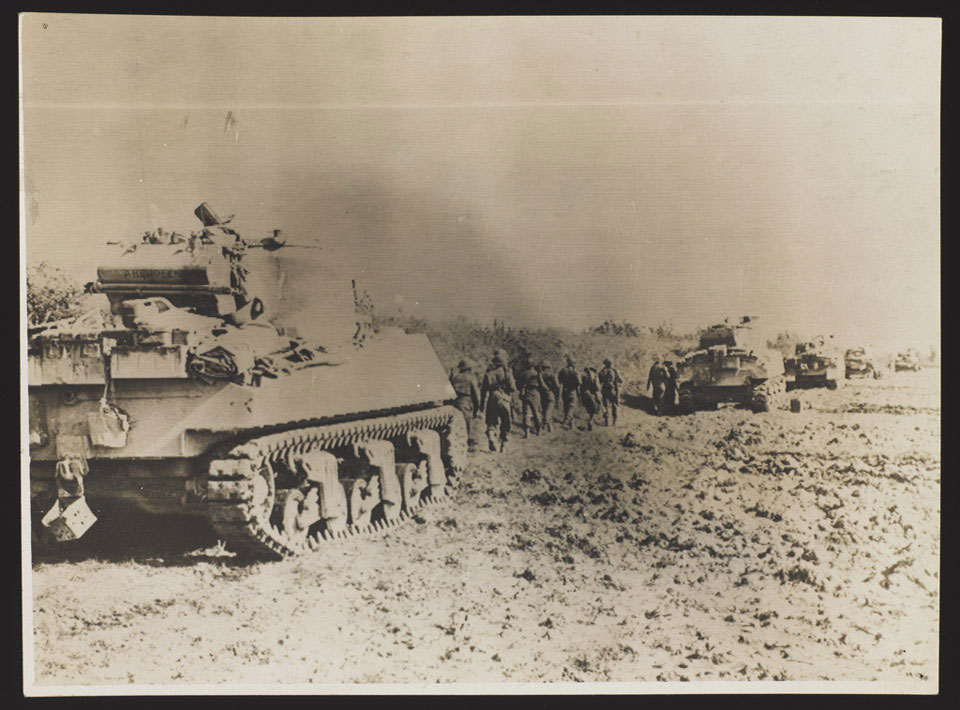 Allied infantry and tanks moving up the embankment of the River Volturno, October 1943

German forces in southern Italy used the River Volturno as a line of defence after the fall of Naples. This photograph of British infantry and Sherman tanks from 10 Corps was taken during the Fifth Army's assault on the river on 13 October 1943. The Germans fell back to their next system of prepared defences on the Barbara Line.