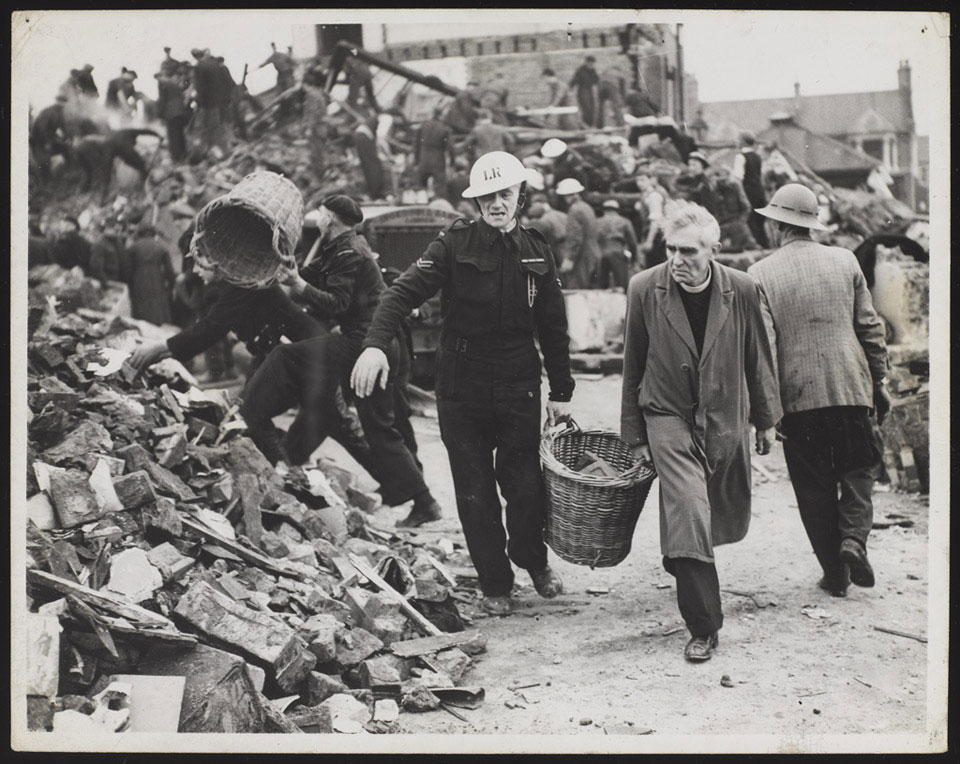 A clergyman and Civil Defence workers helping to clear the debris of a school, London, 1940

The workers searched for survivors in a school that was damaged by a bomb during a daylight raid. More than 20 children were killed. Between September 1940 and May 1941 London was constantly bombed in the 'Blitz'. During this period more than 20,000 Londoners were killed and 1.4 million were bombed out of their homes.