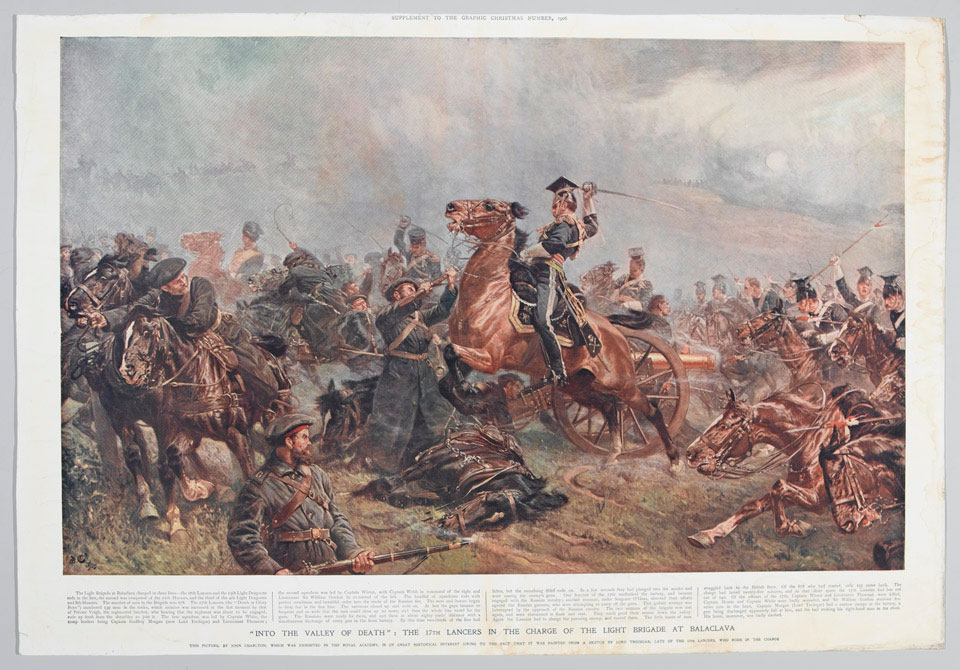 'Into the Valley of Death', The 17th Lancers in the Charge of the Light Brigade at Balaclava, 1854

Colour photolithograph after John Charlton, published in the Supplement to 'The Graphic' Christmas Number, 1906.

The print depicts the 17th Light Dragoons (Lancers) at the Charge of the Light Brigade during the Battle of Balaklava (1854), fought during the Crimean War (1854-1856). The Charge of the Light Brigade was one of the most spectacular of military disasters, surrounded by controversy as to its cause. Due to an apparent misinterpretation of orders, the British Light Cavalry Brigade commanded by the Earl of Cardigan charged Russian artillery positioned at the end of a long valley. The tragic charge of the British light cavalry regiments along the 'Valley of Death' under murderous fire from the Russian guns was however genuinely heroic. The legend of the 'gallant 600' remains rooted in the public mind today, over 150 years later.