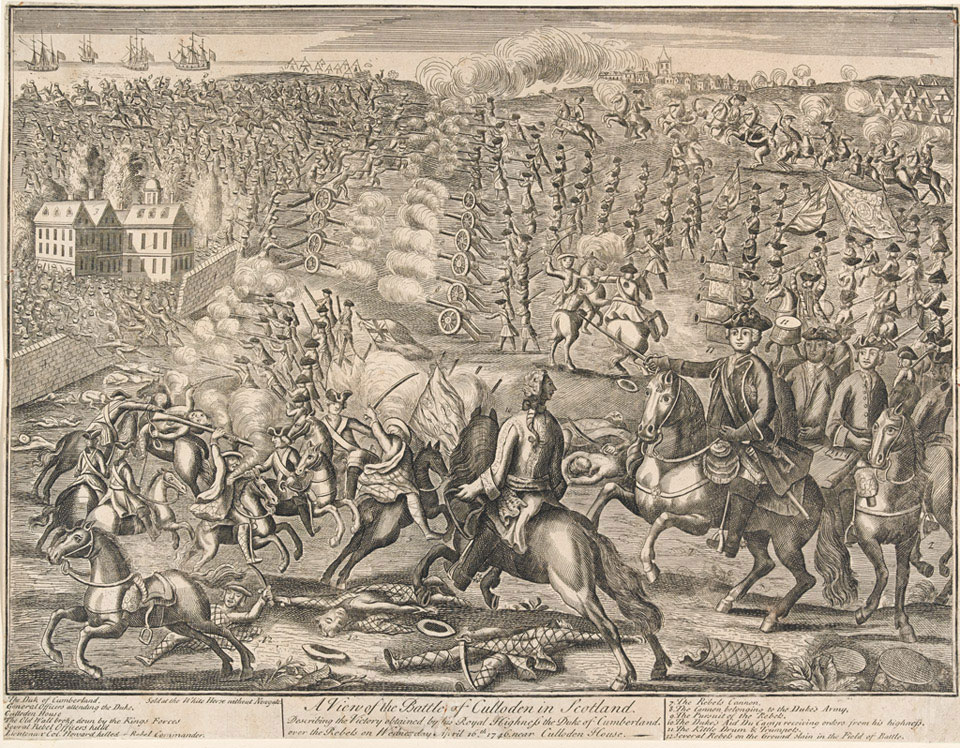 'A View of the Battle of Culloden in Scotland, the Victory obtained by the Duke of Cumberland over the Rebels Wednesday April 16th 1746'

The Battle of Culloden on 27 April 1746 (Modern Calendar; 16 April Old Style) was the last pitched battle fought on the British mainland. After weeks of retreat, Bonnie Prince Charlie's Jacobite army numbered barely 5,000 dispirited and starving men. The Duke of Cumberland, with 9,000 Government troops under his command, finally caught up with his opponents at Culloden, east of Inverness.

The Highlanders employed their traditional tactic of a ferocious charge against the British line, but Cumberland's infantry stood firm and the attacking Jacobites were swept by musket fire. Although they succeeded in breaking through in some places, they were quickly repulsed. Cumberland's cavalry then attacked the Highlanders from both flanks, and the Jacobite army rapidly disintegrated. The last battle of the Jacobite Rebellions probably lasted less than an hour.