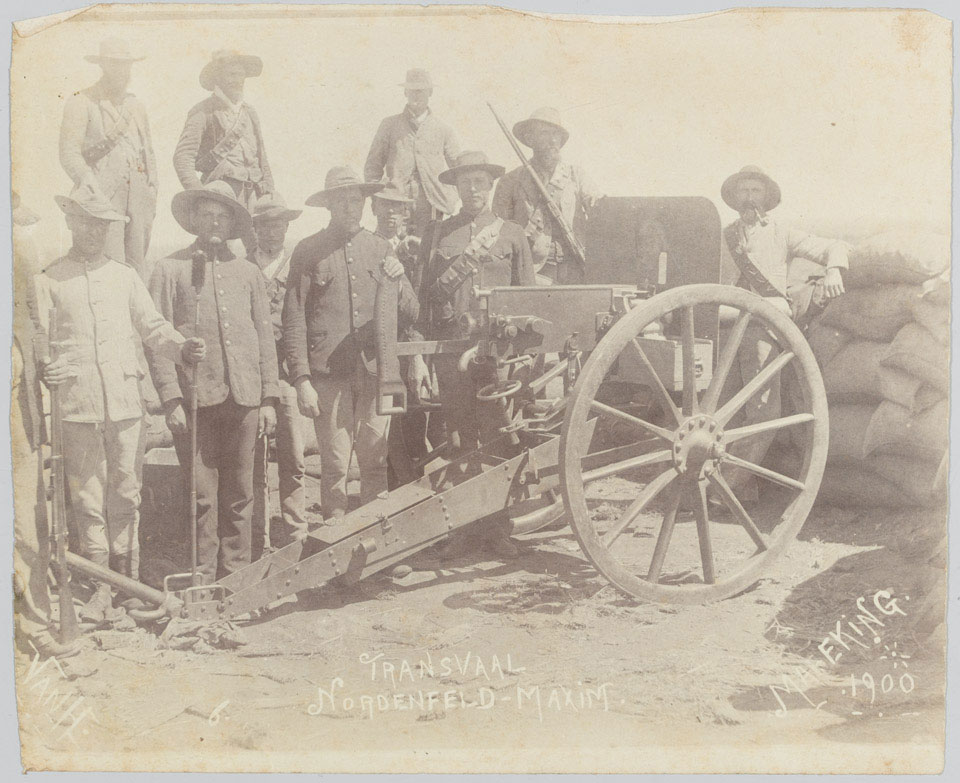 The 37 mm Nordenfelt-Maxim, also known as the pom-pom, was used by the Boers against the British. It fired a one pound shell accurately over a distance of 3,000 yards. The barrel was water cooled and the shells were belt-fed from a 25 round fabric belt. The British later adopted their own version of the gun which was designed by the Vickers company.

One of 17 photographs collected by members of the Stirling family, including Lieutenant Charles Stirling, Royal Horse Artillery.