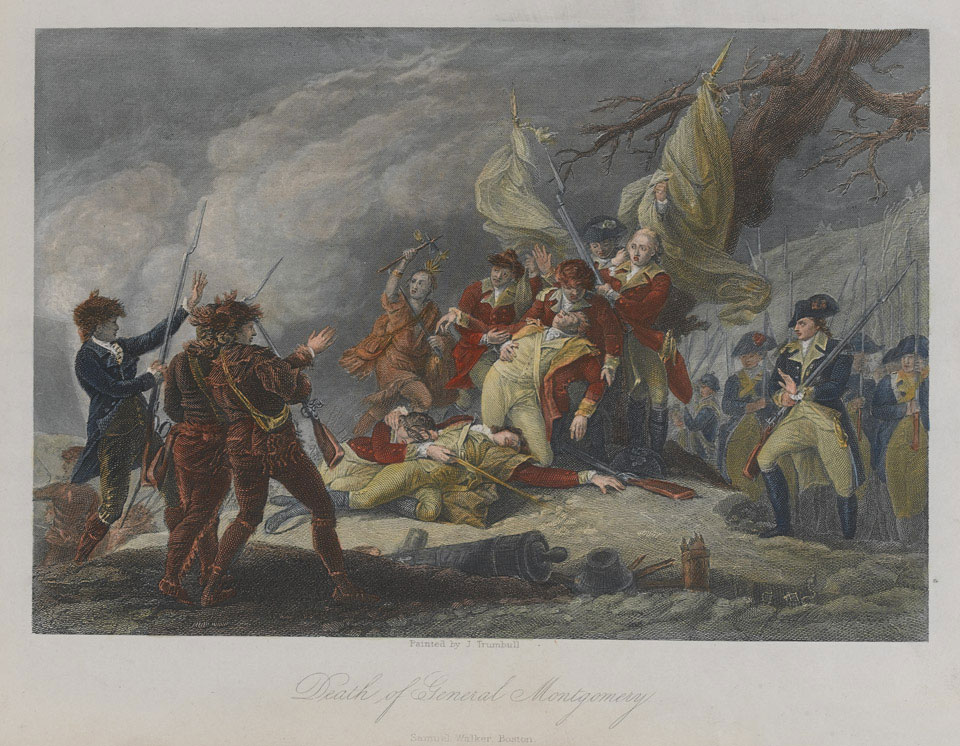 As the siege of Boston dragged on, the American rebels decided to widen the American War of Independence (1775-1783) and invade Canada. The goal was to encourage its inhabitants to join the Revolution. On 16 September 1775 Brigadier General Richard Montgomery marched north with about 1700 militamen, capturing Montreal on 13 November. Moving on to Quebec City, he was joined by Colonel Benedict Arnold who had led another force north. On 31 December 1775 they were defeated by General Guy Carleton. Montgomery was killed and Arnold wounded.