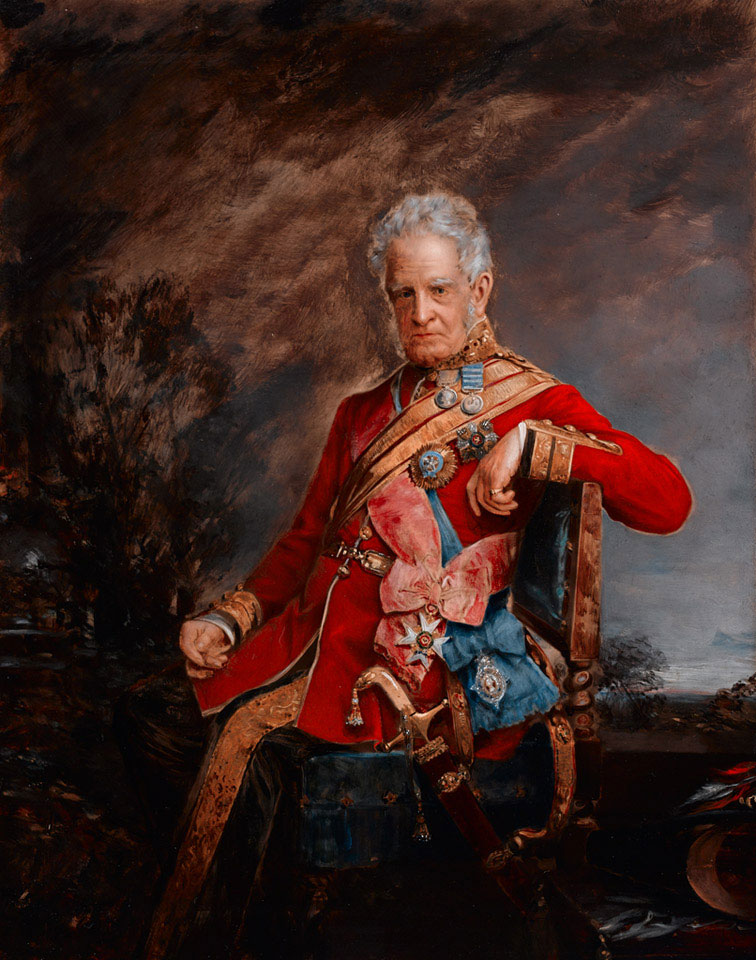 Pollock (1786-1872) joined the Bengal Artillery in 1803 and almost immediately saw active service during the 2nd Maratha War (1803-1805), taking part in the siege of Bhurtpore (1805). After a series of staff appointments, he took part in the Anglo-Nepal War (1814-1816) and apart from a brief period of sick leave in Britain in the 1820s, continued to serve in India for the next four decades. Pollock was promoted to major-general in 1838.

During the 1st Afghan War (1839-1842), he commanded the Army of Retribution that was sent from Peshawar to force the Khyber Pass and relieve the besieged garrison at Jellalabad in April 1842. His troops then linked up with Major-General Sir William Nott's force from Kandahar and marched back to India via Kabul, where they rescued the British hostages and, in a pointless act of revenge, destroyed the citadel and bazaar. Because of Pollock's actions, the war was announced as having had a successful outcome, but the campaign had been a disaster.

In 1844 Pollock was appointed a military member of the Supreme Council of India and was awarded the GCSI in 1861. He retired in 1870 with the rank of field marshal. Appointed Constable of the Tower in 1871, Pollock was made a baronet in 1872 and received the GCB in 1873.