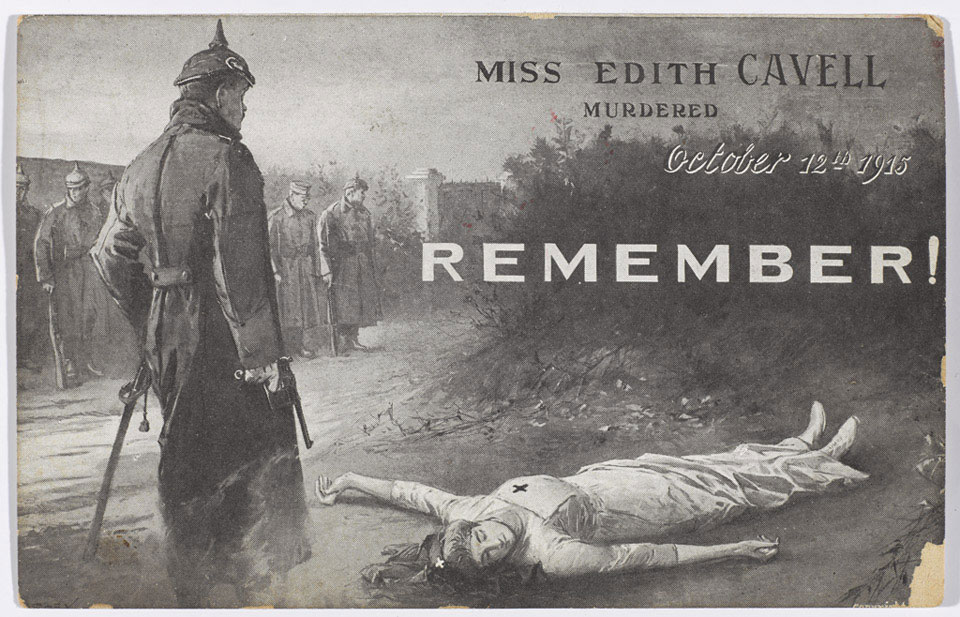 Holland 'Holly' Chrismas (1890-1964) served in France with the 9th (Queen's Royal) Lancers and the 1st (Royal) Dragoons during World War One (1914-18). Like many soldiers serving on the Western Front, Holly regularly sent postcards to his sweetheart, Ada Manley. They were often intricately embroidered or conveyed romantic themes like beautiful women and flowers.

This postcard depicting the murder of Edit Cavell is vastly different from the others sent to Ada, it was sent after the Holland returned home on leave and the couple had a row. Apparently the argument had not been resolved before his return to France and he felt the morose image reflected their death of their relationship.

From a collection of postcards sent to Ada Manley from Pte Holland Leckie Chrismas of the Machine Gun Corps during World War One (1914-1918).