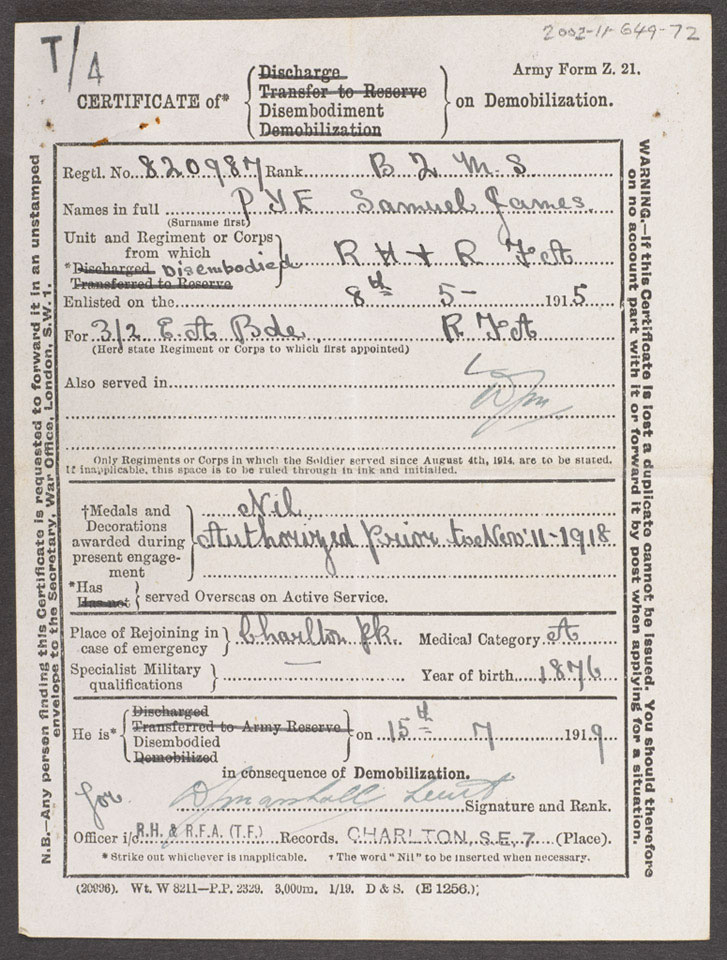 A veteran of the 1st Essex Royal Garrison Artillery Volunteers and the City of London Imperial Volunteers, Pye had served in the Boer War (1899-1902) before leaving the Army in 1908.

He re-enlisted in May 1915 and served and with the 59th Divisional Ammunition Column, Royal Field Artillery (TF). After training the division served in Ireland during 1916 and deployed to the Western Front in the spring of 1917. It went on to fight at the Third Battle of Ypres (1917) and at Cambrai (1917), but suffered heavy losses during the German Spring Offensive (1918). Pye survived the 1918 battles and was discharged from the service at Charlton on 15 July 1919. For his wartime contribution he was awarded the Meritorious Service Medal.

From a collection of documents and maps associated with BQMS Samuel James Pye, 1st Essex Royal Garrison Artillery Volunteers, attached to the City Imperial Volunteers, in South Africa, 1900 and with the 59th Divisional Ammunition Column, Royal Field Artillery during World War One.