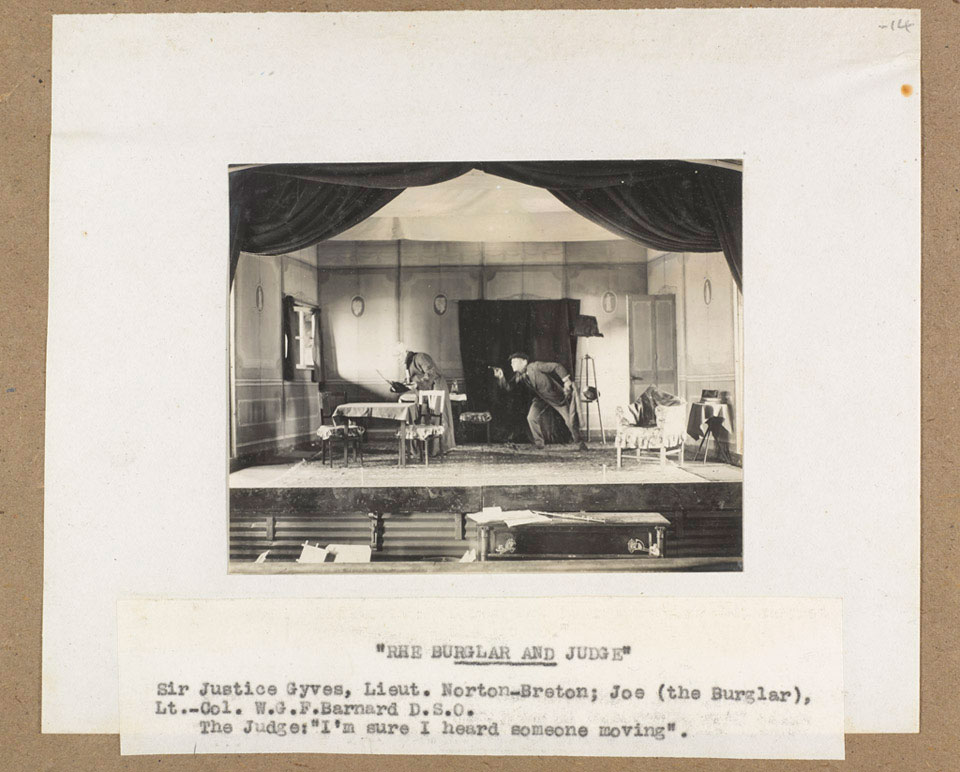 A scene from 'The Burglar and the Judge', featuring Lieutenant Norton-Breton as 'Sir Justice Gyves' and Lieutenant-Colonel W. G. F Barnard DSO as 'Joe the Burglar', 1918

'The burglar and judge' was one of several productions held by the XVI Corps military theatre company between February and April 1918. Others included 'Chiselling', 'The New Boy' and 'Arabian Nights'.