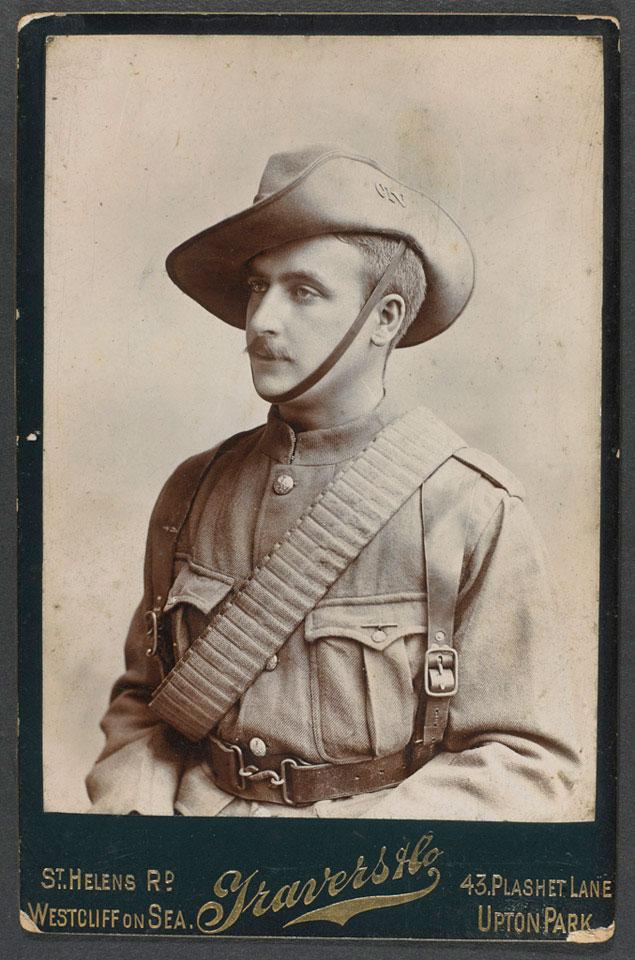 Sergeant Samuel Pye of the City of London Imperial Volunteers, 1900

Pye enlisted with the 1st Essex Royal Garrison Artillery Volunteers on 13 November 1892. The latter was based at Barking in Essex. The need for trained men to fight in the Boer War led to an appeal in January 1900 for men serving in the volunteer units in the London area to join the City of London Imperial Volunteers.

Pye left Southampton with 16 other comrades from the Essex Volunteer Artillery on 27 January aboard the 'Pembroke Castle' troop ship. He fought in South Africa until November 1900.

From a collection of items associated with BQMS Samuel James Pye, 1900-1919.