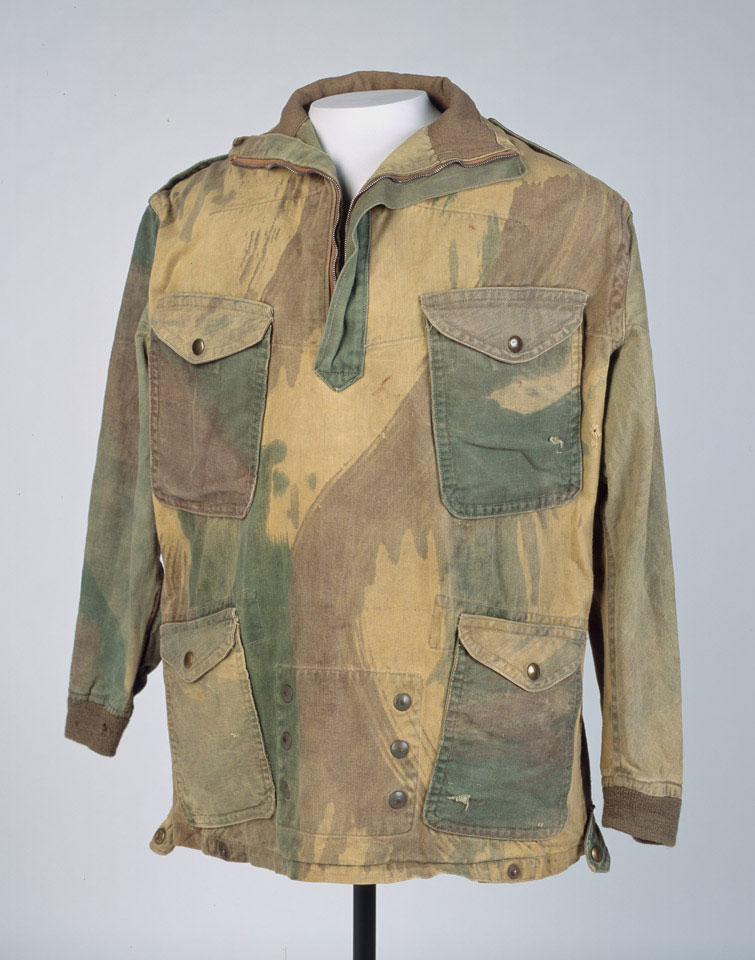 Lieutenant Hall wore this smock at the Battle of Arnhem during Operation MARKET GARDEN (1944). He was wounded by mortar fragments after landing by glider. His smock still displays signs of battle damage. While he was being treated in hospital he darned the holes in his uniform so that he could wear it while a Prisoner of War.

Hall was commissioned in the Royal Engineers on 9 May 1943 and made a war substantive lieutenant on 9 November 1943. After being wounded at Arnhem, he was initially treated by 181 Airlanding Field Ambulance in the Asylum at Wolfheze. Hall was then sent to St Elisabeth hospital and later admitted to Juliana Hospital, Apeldoorn, on 27 September 1944. His injury in the admissions register was described as Hemothorax, left. He remained there until 30 October when he was sent to Stalag VIIA at Moosburg.