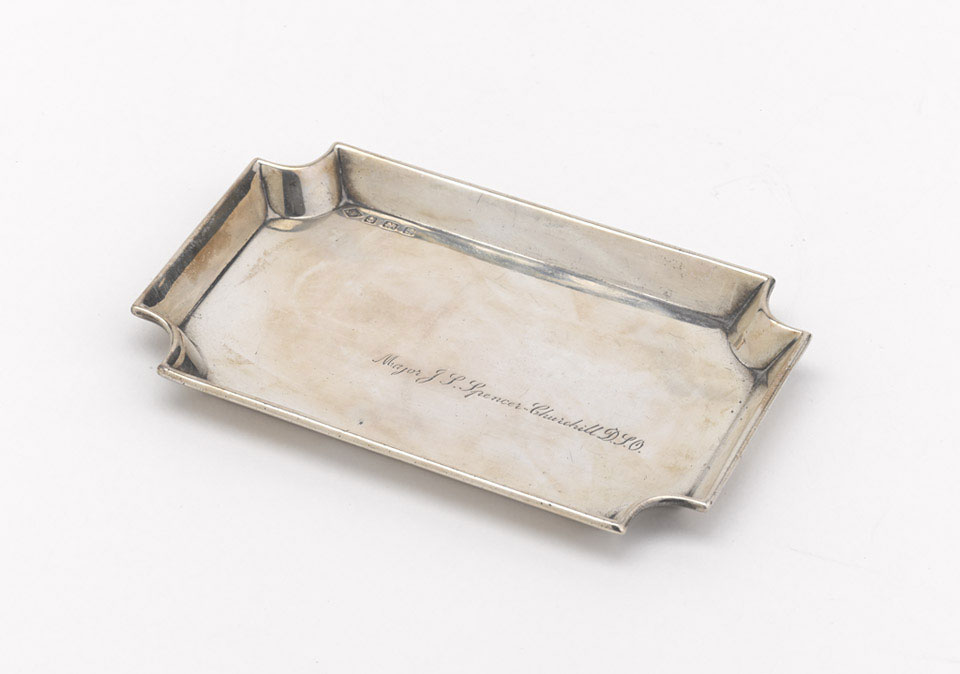 Silver, inscribed, 'General Strike May 1926 to Major J S Spencer Churchill DSO with the grateful thanks of the Great Western Railway Co', 1926.

During the 1926 General Strike the military were used to help with the 'preservation of the peace' and the 'essentials of life'. They were mainly used to maintain the transport infrastructure so that food convoys leaving the docks could get through.

This silver ashtray was presented to Major John Spencer-Churchill by the Board of Directors of the Great Western Railway for his service during the strike. A letter, dated 20 July 1926, refers to the gift, 'as a reminder of the many arduous hours which you spent in the pursuit of milk churns in and about Paddington Station'.

John Strange Spencer-Churchill, known as Jack, was Winston Churchill's younger brother. The Spencer-Churchill family was strongly linked to the Queen's Own Oxfordshire Hussars from its formation as a Yeomanry unit.

Jack Churchill was commissioned into the unit in 1898. He fought in the Boer War (1899-1902) with the South African Light Horse and was wounded at the Battle of the Tugela Heights in 1900. He won the Distinguished Service Order during World War One (1914-1918).