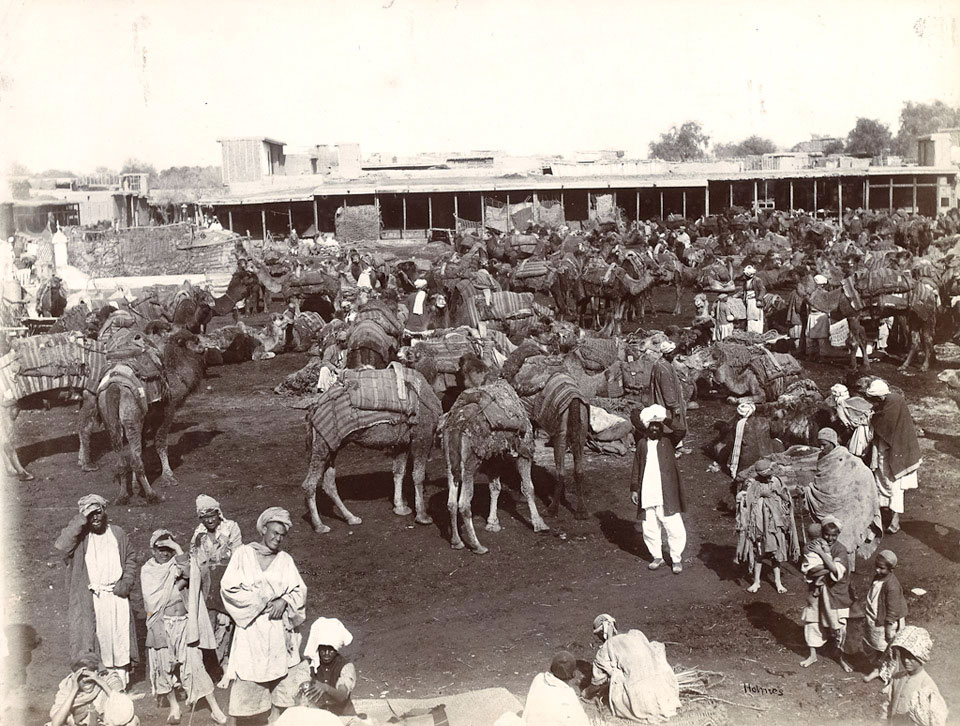 Peshawar was a commercial hub on the trade routes between India and Central Asia. For centuries camels were crucial to the transport of goods over difficult terrain.