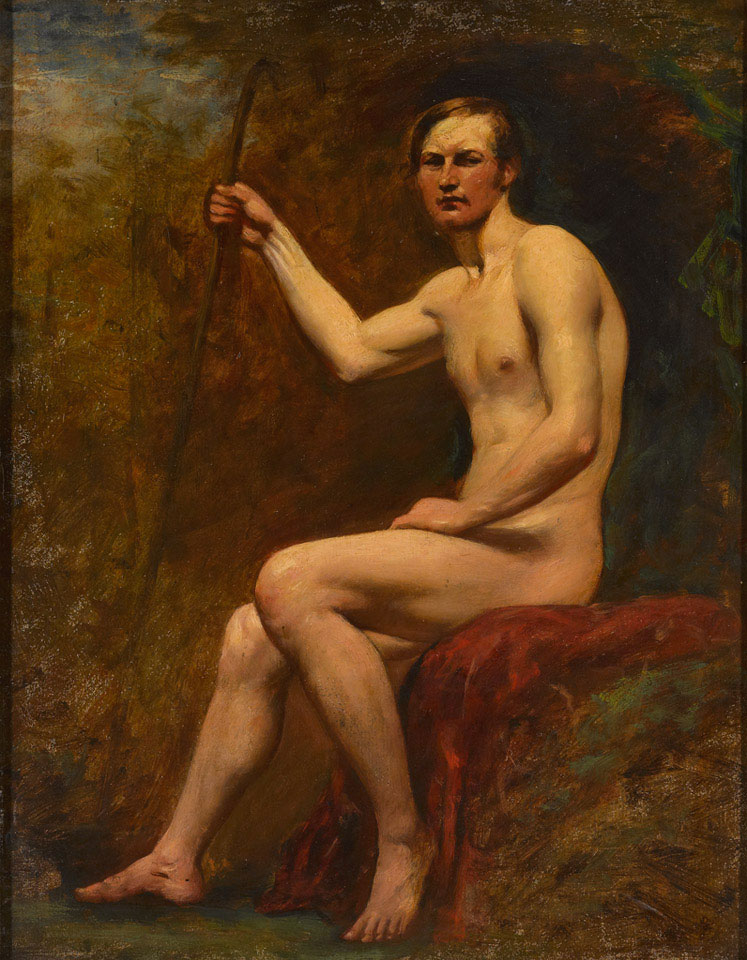 Men of the London-based Guards regiments commonly posed for artists as a means of supplementing their low wages. Strict height regulations were imposed on the Guards, with a minimum height of five feet nine inches (179 cm) in a period where the average height for a man was about five feet four inches (163 cm). This made them excellent models for life drawing. Some went so far as to prostitute themselves for extra money, and could be found by male clients in particular London taverns.

Notorious for his male and female nudes, this study was painted at the peak of Etty's career, shortly after being elected a full member of the Royal Academy of Art. Despite his success, some contemporary critics censured Etty's works as 'indecent' because of his sensuous and realistic style of painting flesh. The idea of a male nude painted in this style was particularly shocking, as it undermined the heroic, Classical ideal which had previously made the male nude an acceptable image in art.