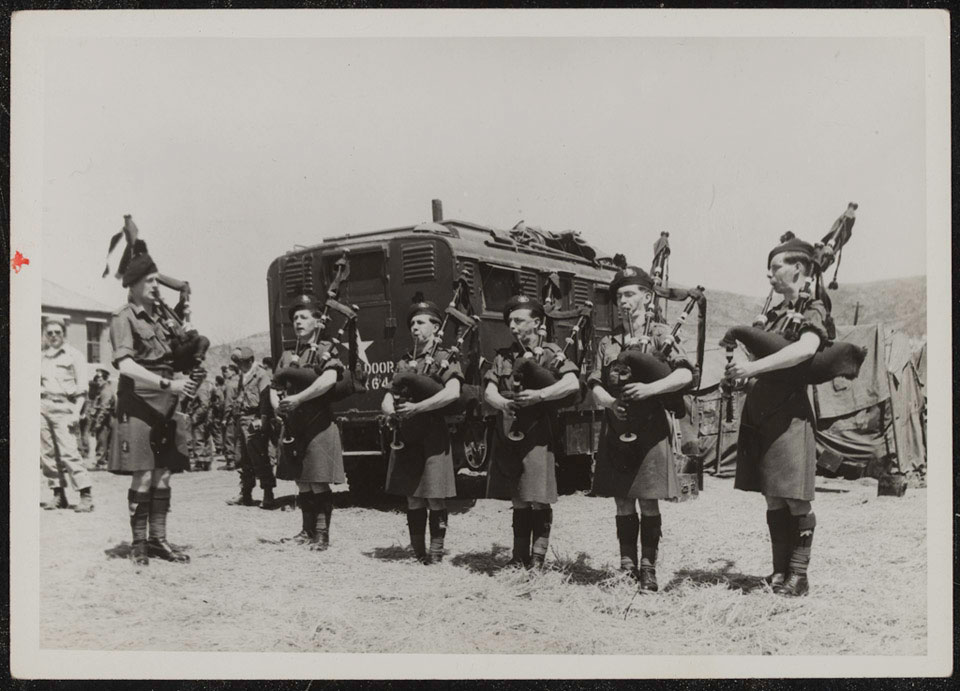 Pipers of The Royal Ulster Rifles playing at the ceremony to award the Presidential Unit citation to The Gloucestershire Regiment, May 1951

The 1st Gloucestershire Regiment received the award in recognition of their bravery at the Battle of the Imjin River (23-25 April 1951). 1st Battalion The Royal Ulster Rifles had fought with the Glosters at the Imjin as part of 29th British Independent Infantry Brigade Group, so it was fitting that their pipers marked the occasion.

Traditionally, rifle regiments did not carry heavy pipes and drums as they were highly mobile troops. The Royal Ulster Rifles therefore retained their buglers and did not adopt the pipes until the 1940s when they were brought into line with the other northern Irish regiments.