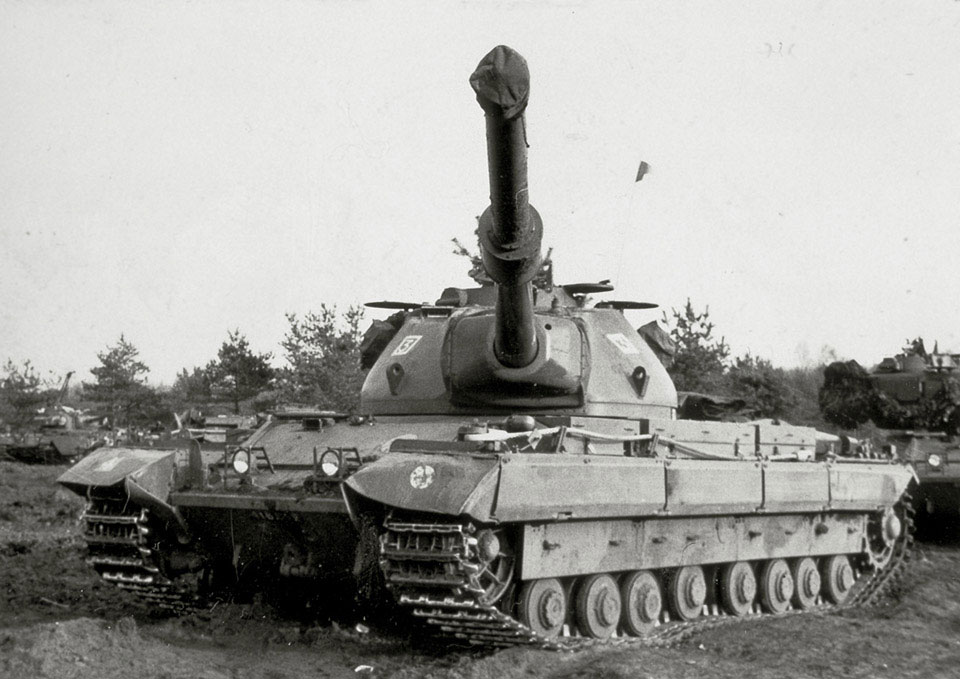 Armoured units formed the core of the British Army of the Rhine's (BAOR) formations in West Germany. Created in 1946 to help forestall any Soviet attack through the German plains, the BAOR was a massive British commitment and at its peak numbered around 80,000 soldiers. BAOR personnel lived under the constant spectre of nuclear war breaking out and having to face the massed armoured formations of the Warsaw Pact. In the event of war, it was estimated that the life expectancy of a British tank commander was around 36 hours.

One of seven photographs of Conqueror tanks of 5 Royal Tank Regiment on exercise in Germany, 1959-61, compiled by Mac McCullogh, relating to National Service.