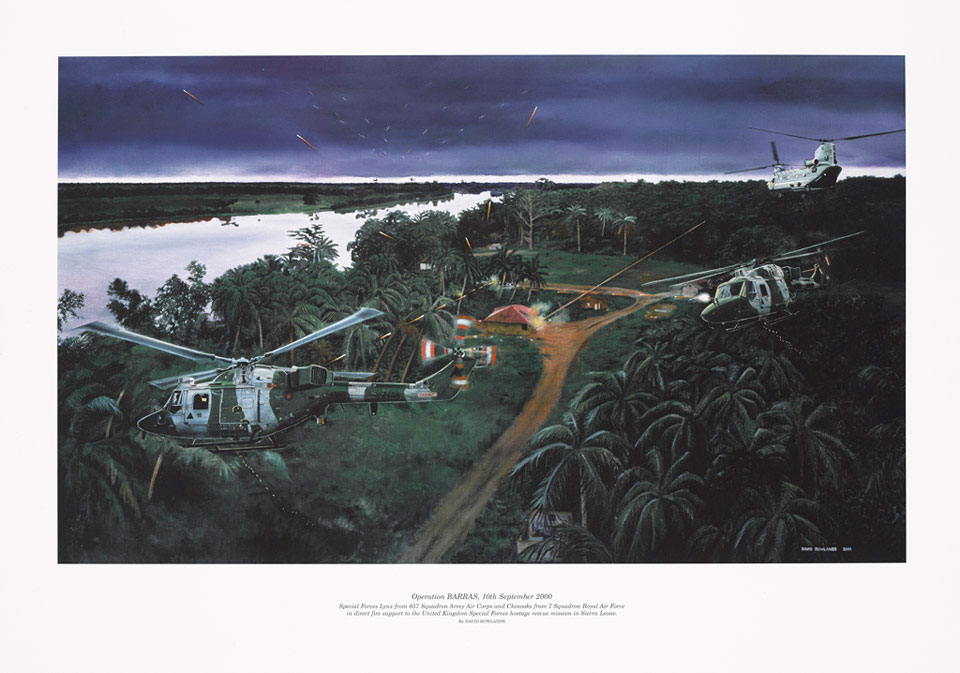 Operation Barras was launched on 10 September 2000. Its objective was the rescue of soldiers taken hostage by a rebel gang known as the 'West Side Boys'. The operation targeted the gang's base deep in the Sierra Leone jungle. This was formed of two villages, Magbeni and Gberi Bana, which sat aside opposite banks of the Rokel Creek.

Helicopters provided vital fire support to this high-risk assault. They targeted enemy heavy weapons and the banks of the creek, helping to prevent the enemy from sending reinforcements across the river, which could be used against the troops engaged in the hostage rescue mission in Gberi Bana.