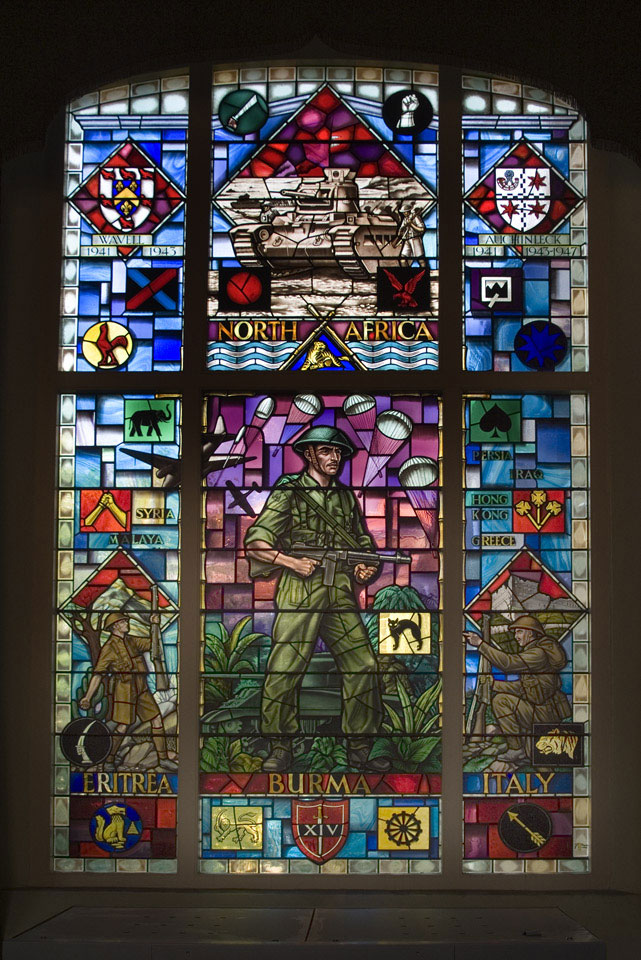 Designed by David Maile and made by G Maile and Sons, 1970.

This window commemorates the service of Indian soldiers during World War Two (1939-1945). The central detail depicts a sepoy armed with a sub-machine gun, marching through jungle while parachutes and aeroplanes are visible in the sky above. He is surrounded by Indian Army formation badges and the honours 'Eritrea', 'North Africa', 'Italy' and 'Burma'. During the war, the Indian Army expanded to over two million troops, probably the largest volunteer army in history. Indians served in Western Europe, East and North Africa, the Middle East, Italy and the Far East. They helped defeat the totalitarian regimes of Nazi Germany, Fascist Italy and Imperial Japan.