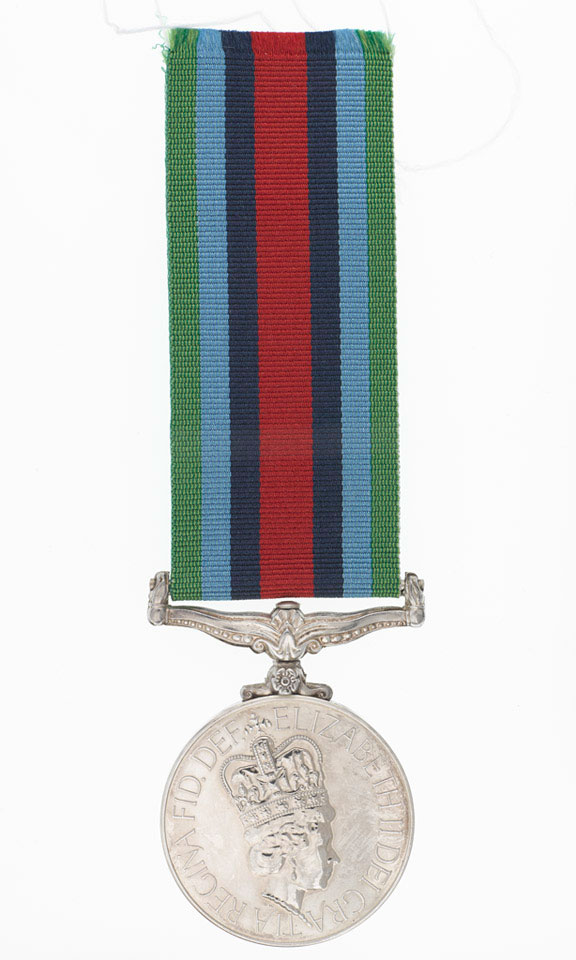 Specimen of the Operational Service medal for Sierra Leone, 2000

On obverse, the sovereign's head crowned, surrounded by the inscription, 'Elizabeth II Dei Gratia Regina FID. DEF.'. On reverse, an eight pointed star with coronets on each of the diagonal points, at the centre the Union Flag within a circlet inscribed, 'For Operational Service'.