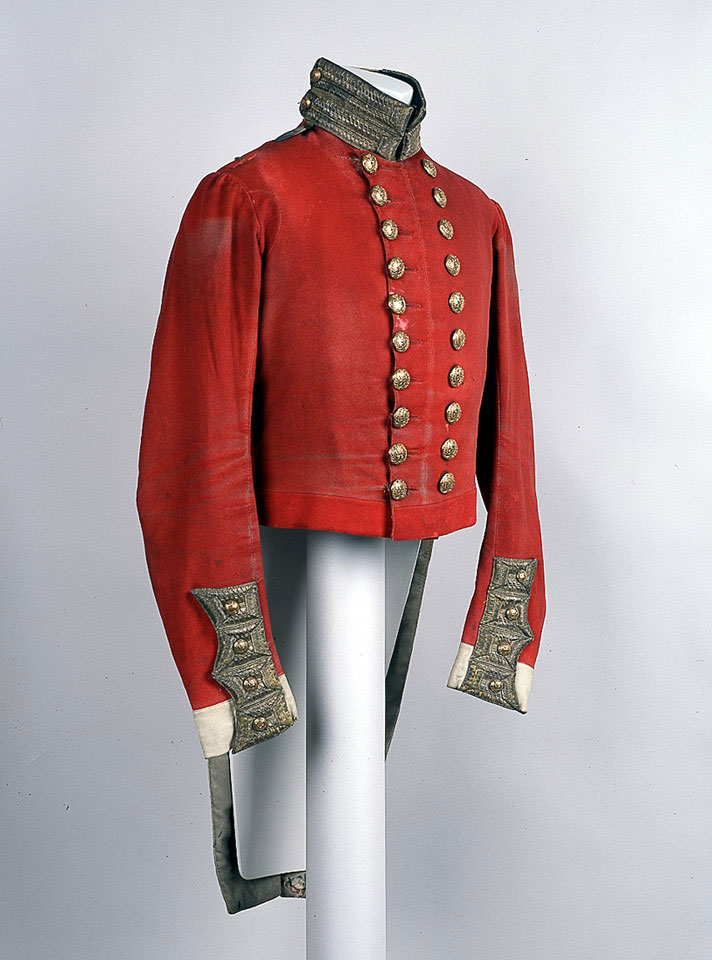 This coatee was worn by Kent (1825-1921) who served with the 77th (East Middlesex) Regiment of Foot earning clasps on his Crimea War Medal for the Alma, Inkerman and the Siege of Sevastopol. He returned home on 26 March 1855.

His coatee, of a pattern superseded in 1855, is well-worn, with patches on the underarm upper edge of the right sleeve, the left sleeve at the elbow and below the elbow on the right sleeve. On each shoulder is a brass stud and short brass strap for attaching epaulettes (now absent). Kent, who was first commissioned into the 77th Regiment as an ensign in 1845, clearly gained in bulk over the years: the coatee has been enlarged on the left and right side with a gusset, and the bodice has been lengthened all around at the waist.