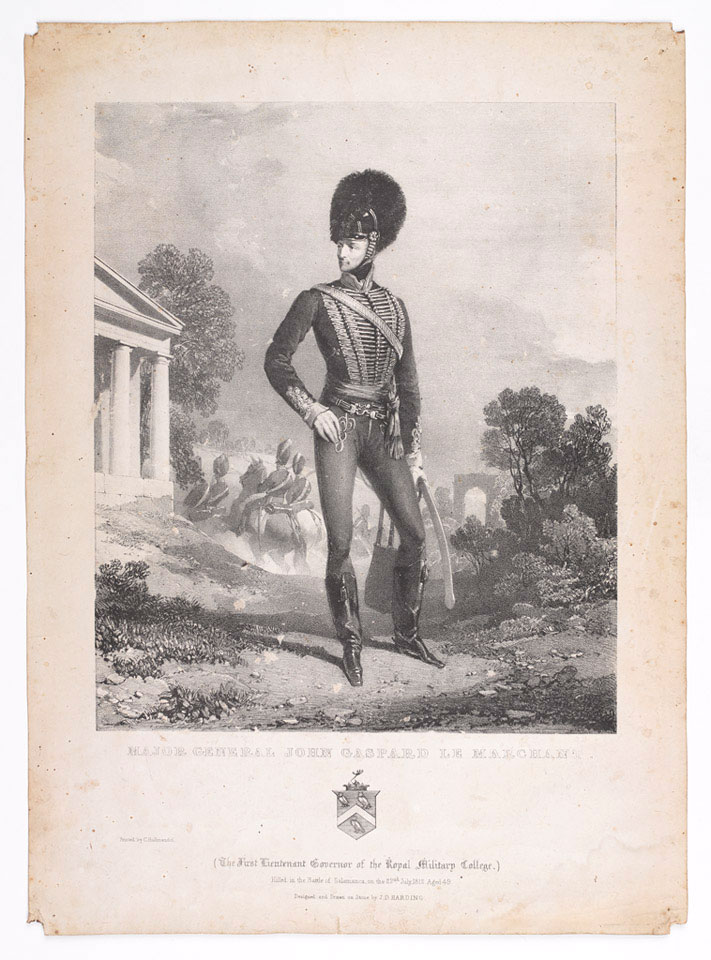 Le Marchant joined the Regular Army in 1783 following service with the Wiltshire Militia. He served initially with the 1st Foot Guards, then the 6th Dragoons and finally the 2nd Dragoons (Queen's Bays). He was with the Queen's Bays as a Brigade Major in the Flanders campaign of the French Revolutionary Wars (1793-1802). His experience there highlighted to him the deficiencies of the British officer corps in comparison to their Austrian allies. Once he returned to England, Le Marchant tried to improve the officer corps by establishing what would become the Staff College and Royal Military College Sandhurst.