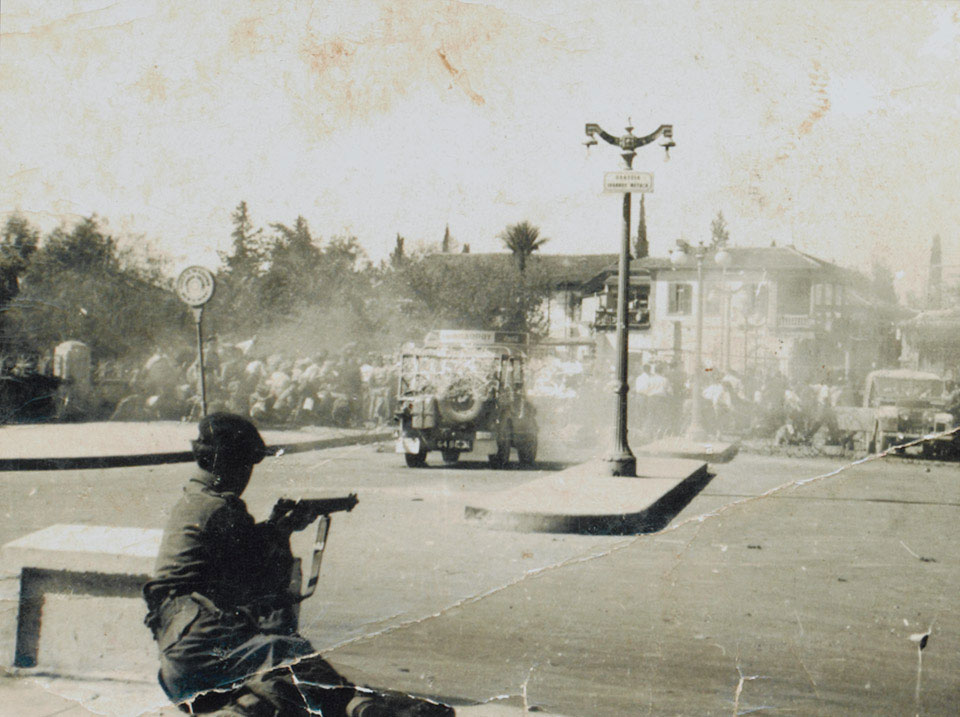 In the early 1950s the majority Greek-Cypriot population of Cyprus had been demanding Enosis, or union with Greece. In 1954 Britain ruled this out as it planned to transfer its Suez military headquarters to Cyprus. This led Colonel George Grivas's EOKA (National Organisation of Cypriot Fighters) to begin a guerrilla campaign aimed at driving the British out. In 1955 Grivas organised anti-British riots and when EOKA launched a series of terrorist attacks, the Governor of Cyprus, Sir John Harding, declared a state of emergency.