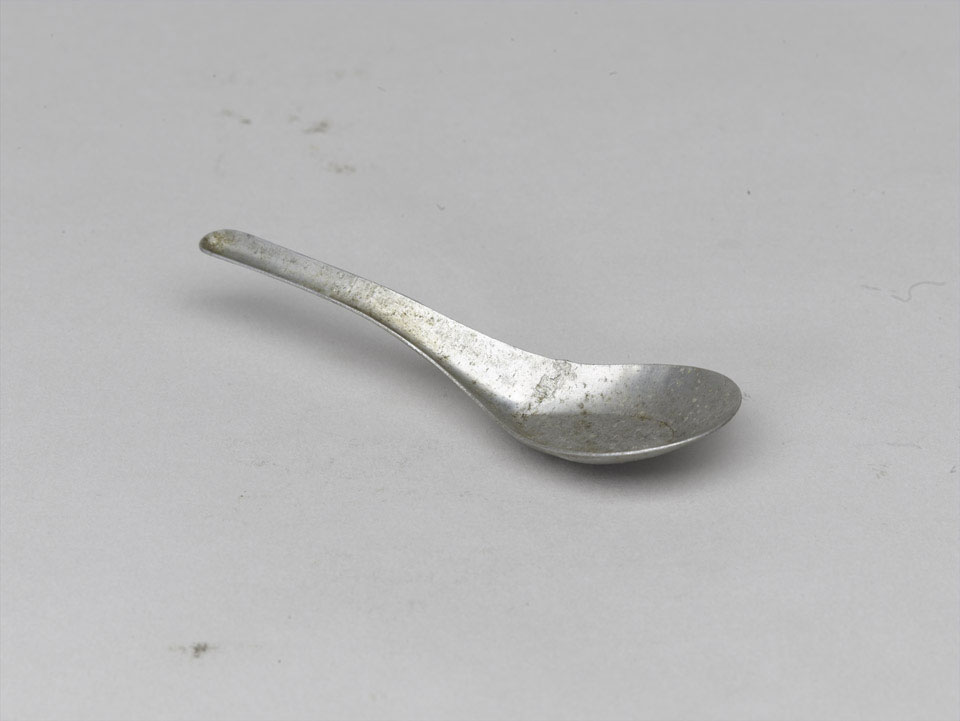 During the Korean War (1950-1953) 1st Battalion, The Gloucestershire Regiment, fought at the Battle of Imjin in April 1951. After days of fierce fighting over 500 soldiers were captured by the Chinese Communist forces and held prisoner for two and half years. Private James W. Wood was one of those captured. He used this spoon during his time as a prisoner of war.

This spoon is of a simple design and the initials 'JW' are scratched into the reverse. The provision of extra food was used to encourage prisoners to co-operate with the Chinese authorities.