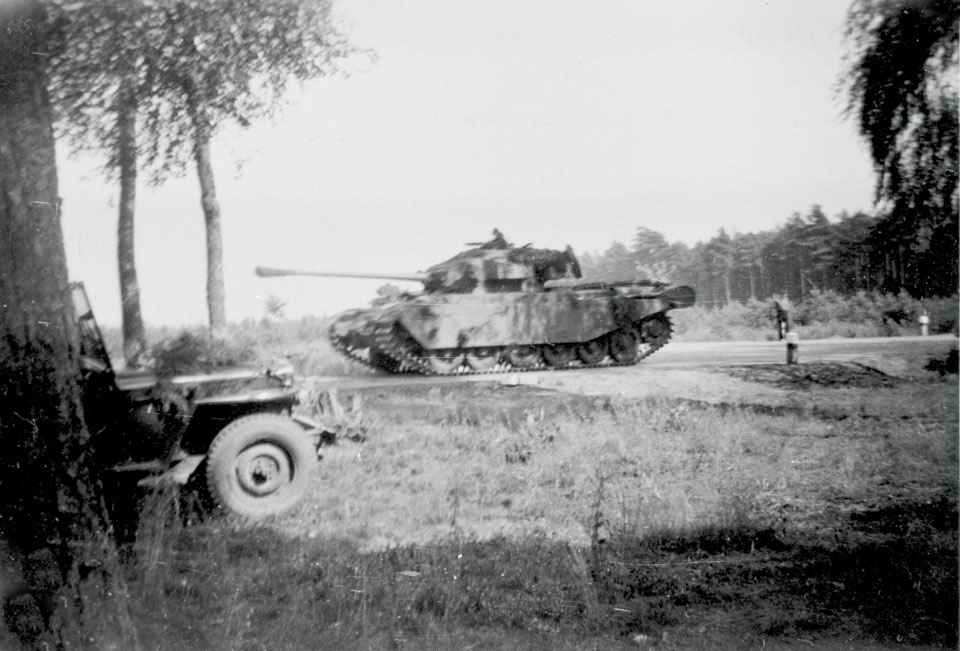 Centurions moving up at the crossroads near Bispingen, West Germany, 1953

Initially introduced in 1945, just too late for World War Two (1939-1945), the Centurion was produced until 1966, running through 13 variants. It was undoubtedly the finest tank of its time and served with the British Army in Korea and Suez and with Australian forces in Vietnam.

A total of 4,423 Centurion tanks were produced between 1945 and 1966. It was one of the most successful British tank designs especially when armed with the 105 mm gun. Lamb was a radio operator with 1st Battalion, The King's Royal Rifle Corps, in West Germany during his National Service, 1953.

One of 26 copy photographs taken by Pte Derek Lamb.