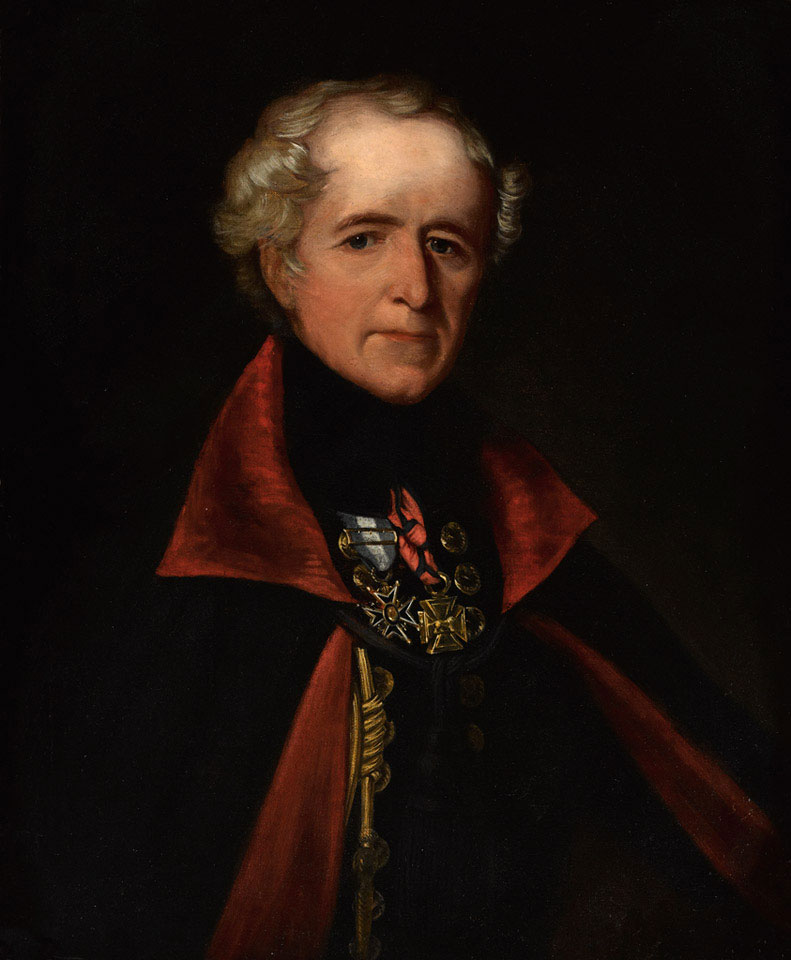 Bust length portrait wearing undress uniform with he Army Gold Cross (without bar) and the Badge of a Knight of the Spanish Order of Carlos III.