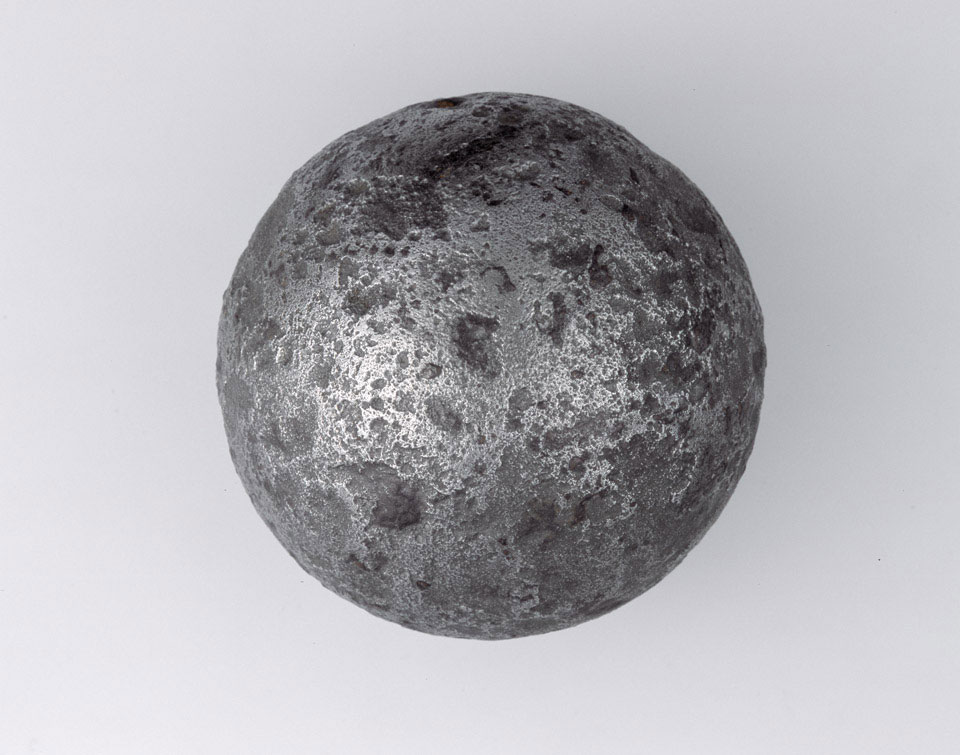 This cannon ball was fired from a 'minion', a type of cannon with a small bore. It was recovered from the battlefield of Blenheim (13 August 1704), during the War of the Spanish Succession (1702-1713). The battle resulted in the decisive defeat of a French and Bavarian force, under Marshals Tallard and Marsin, by the allied English, Dutch and Austrian armies commanded by the Duke of Marlborough and Prince Eugene of Savoy.

The battle was a model example of allied co-ordination and co-operation, with the two forces attacking simultaneously. Though Marlborough's force initially suffered great losses, he ordered a feigned attack to keep the French from advancing, before launching all his available force at the centre of Tallard's army. The enemy was shattered and Tallard taken prisoner. Many of the fleeing troops were drowned in the Danube. Allied casualties were 4,500 killed and 7,500 wounded, whereas the enemy suffered losses of 38,600 killed, wounded or taken prisoner.