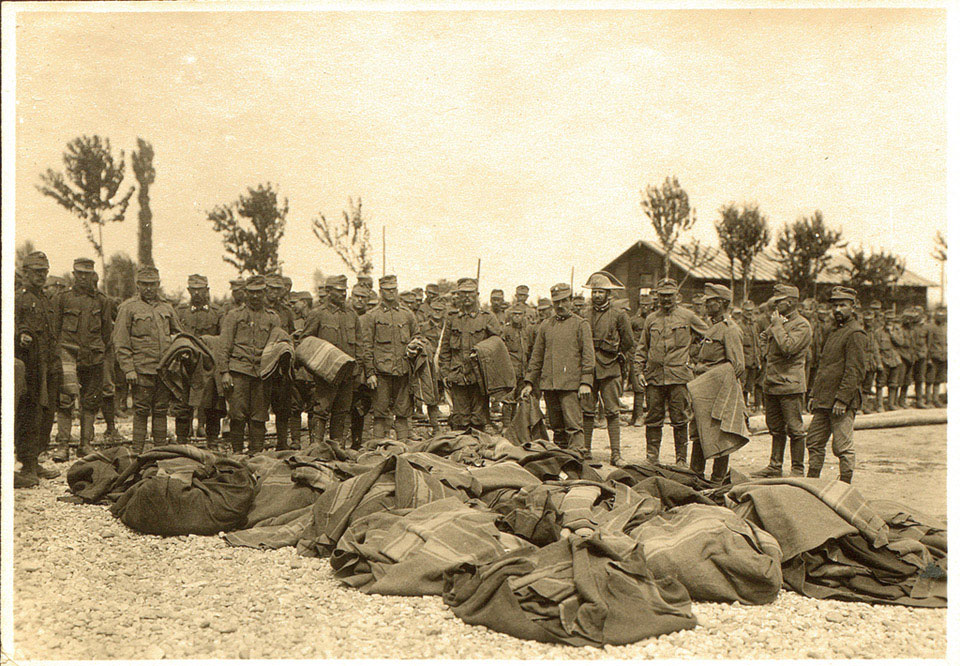 Austrians in an Italian prisoner of war camp, 1918

The soldiers depicted were probably captured during the Second Battle of the Piave in June 1918 when the Italians halted Austria's last great military offensive of the war.