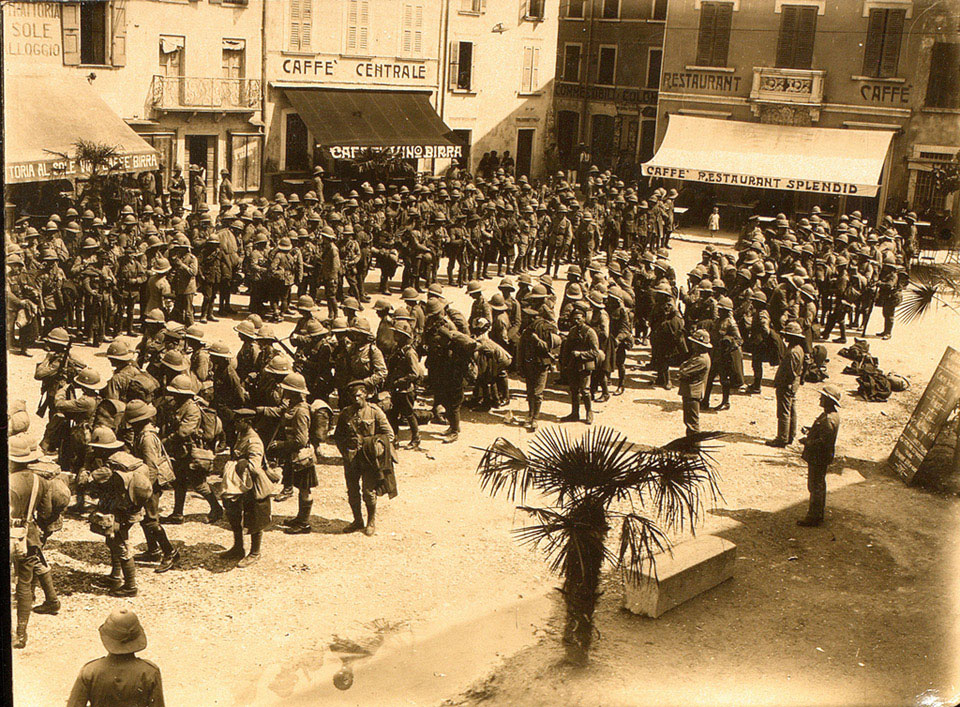 An Anglo-French expeditionary force was sent to assist the Italian Army after its defeat at Caporetto in November 1917. Initially, the British contribution consisted of five divisions, but this was reduced to three in April 1918.