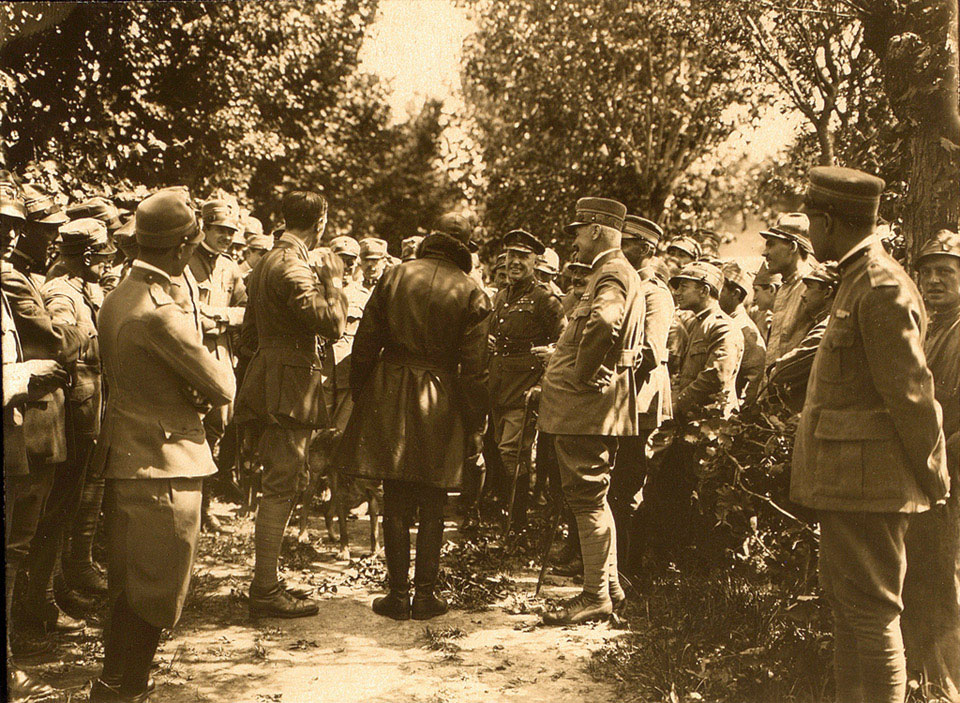 British and Italian officers after the drop at San Pelagio aerodrome, 28 June 1918

British and Italian intelligence officers developed a way of dropping a man at low level through the floor of a converted Savoia-Pomilio SP4 reconnaissance and bomber aircraft. They used Everard Calthrop's 'Guardian Angel' parachute. The tests were conducted in front of Allied officers by the Royal Air Force at Grossa and San Pelagio aerodromes in June 1918.