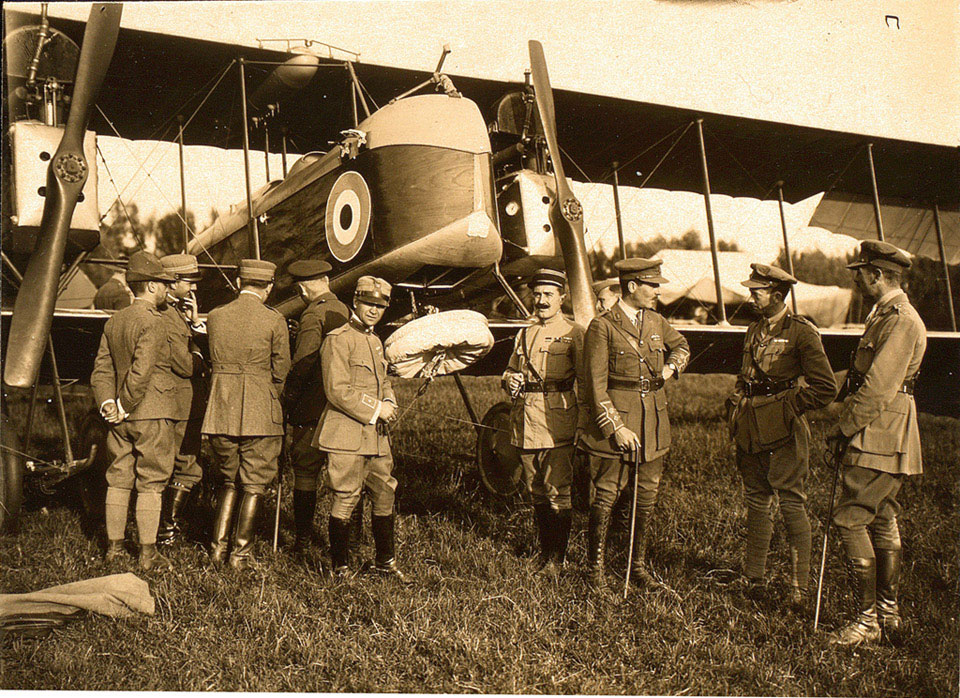 The parachute tied up under the forward observer's seat with British and Italian officers looking on, 26 June 1918

British and Italian intelligence officers organised trials of a device for dropping a man by parachute through the floor of an Italian Savoia-Pomilio SP4 aircraft. The tests were conducted in front of Allied officers by the Royal Air Force at Grossa and San Pelagio aerodromes in June 1918.