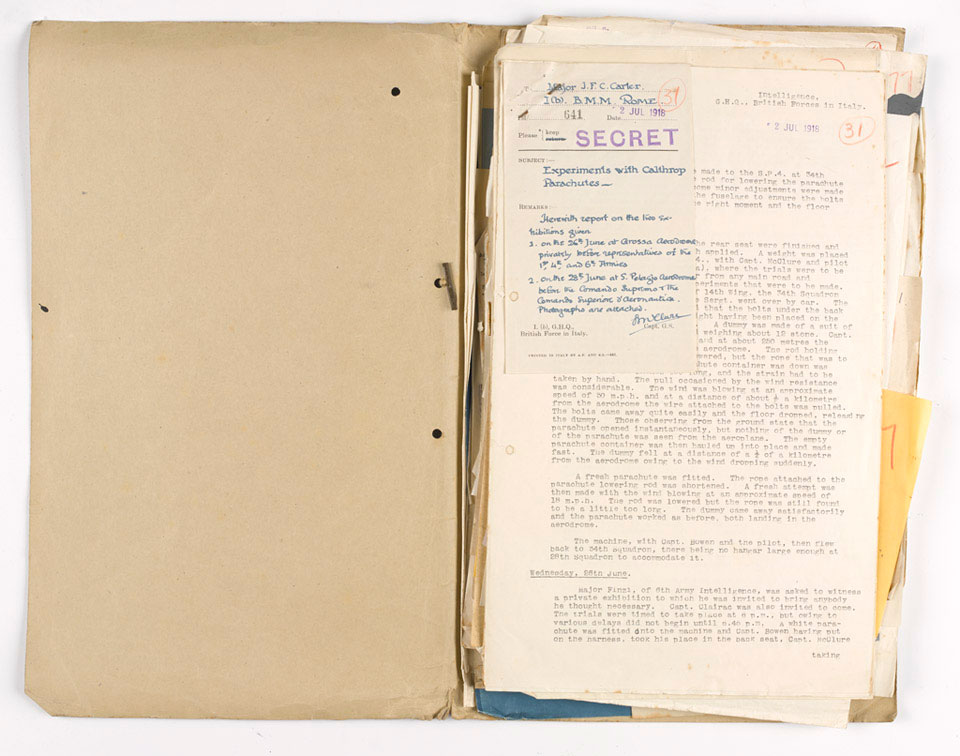 The file belonged to Major John Carter and contains correspondence, reports and plans relating to trials and experiments in dropping agents from an Italian SP.4 aircraft behind enemy lines on the Italian front between March and September 1918.

Formerly of MI5, in March 1918 Carter was posted to Rome with the Special Intelligence Section of the Italian Expeditionary Force. Initially he was engaged in countering German and Austrian espionage and subversive activity in Italy, but in June 1918 he began parachuting agents behind enemy lines on the Austrian-Italian front.