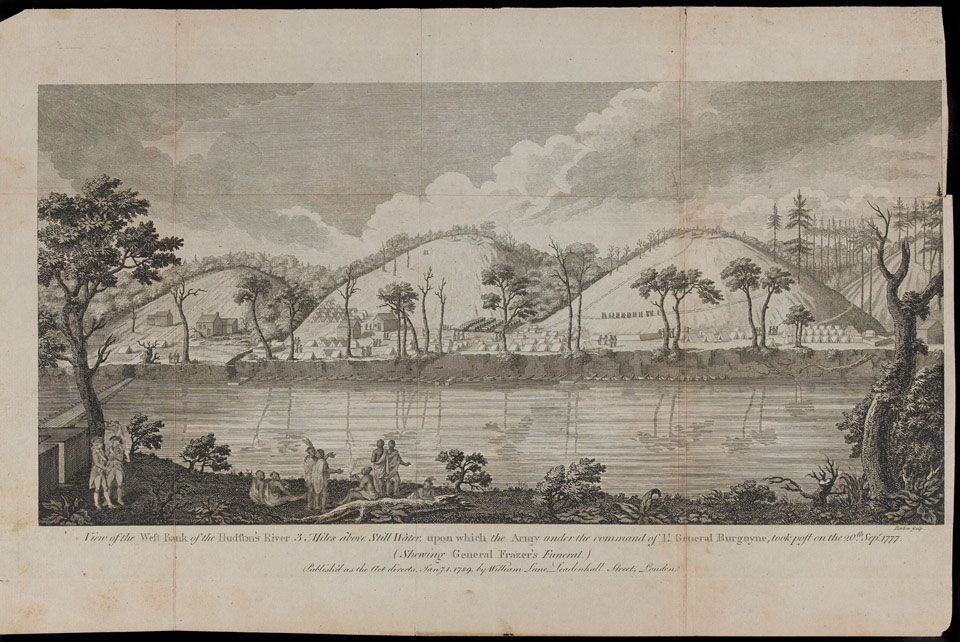 A view of the River Hudson near Stillwater, upstate New York, 1777

The 13 American colonies were founded in the 17th and early 18th centuries. Most were created by emigrants escaping religious persecution. From Massachusetts in the north to Georgia in the south, the colonies ran along 1,600 kilometres (1,000 miles) of coastline and covered an area of over 1.1 million square kilometres (430,000 square miles). The population in the 1770s was 2.5 million. The equivalent of modern-day Manchester in an area the size of Britain, France and Germany combined!

Vast distances and rough terrain made travelling overland difficult. Most of the population lived in Atlantic ports, the largest being Boston, New York, Philadlephia, Charleston and Brunswick. The seaboard, the northern lakes and navigable rivers like the Hudson were critical to all trade and transport.