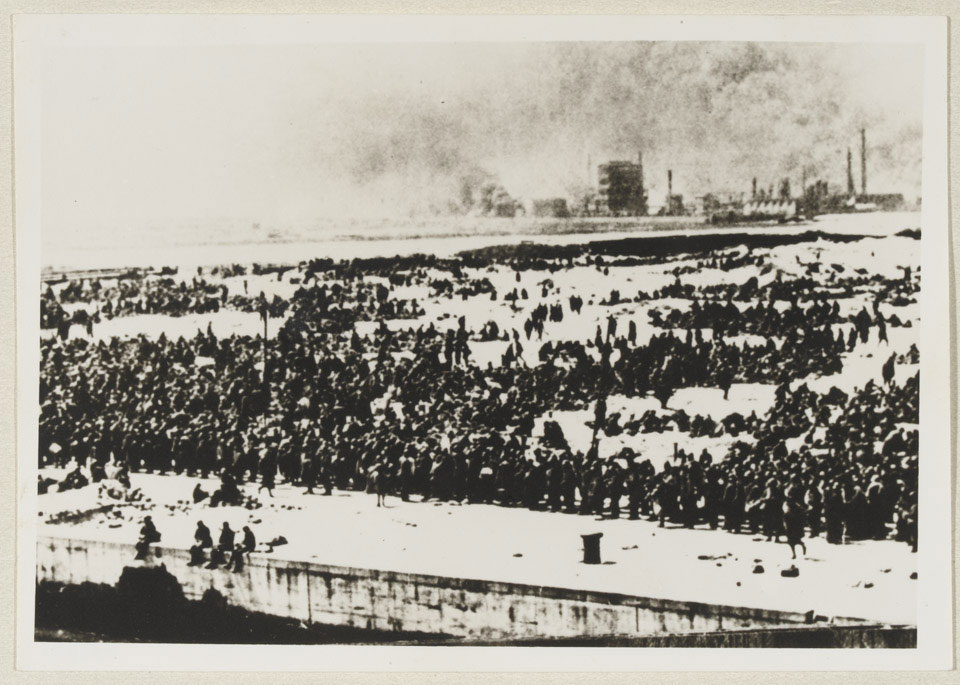 Soldiers wait on the beach for evacuation, June 1940

From an album of 28 photograph postcards of Dunkirk, 1940. Compiled in later life by E I Hockey, 3rd Division, Royal Army Service Corps.