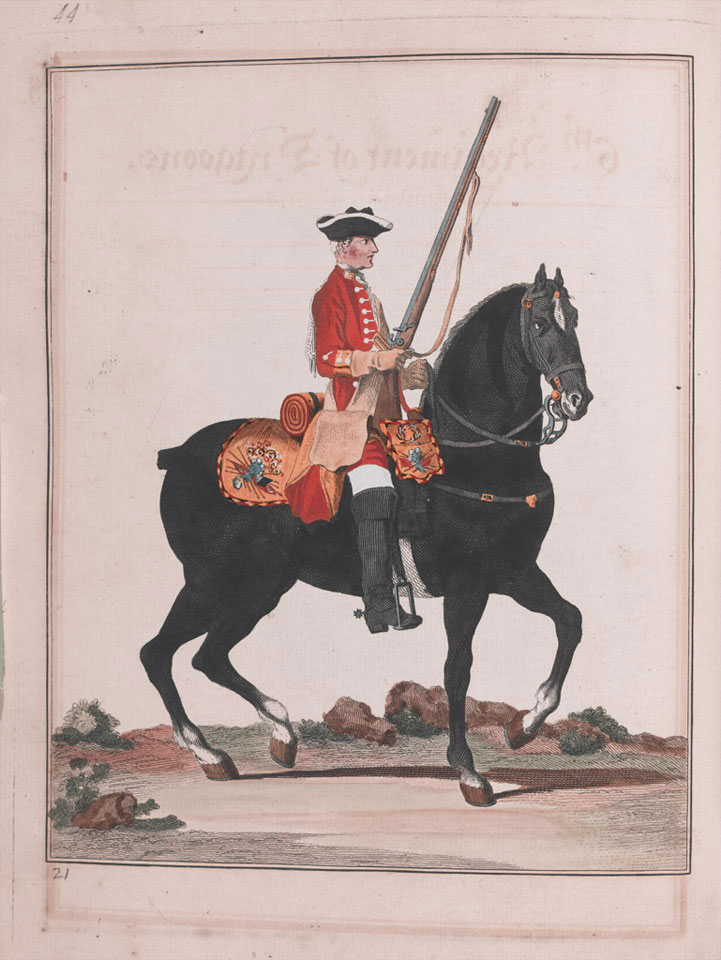 Dragoons were originally mounted soldiers primarily intended to fight on foot. They were named after their main weapon, 'the dragon', which was a type of firelock musket common in the 16th century.

In these early years dragoon horses tended to be cheap beasts of burden rather than fine cavalry chargers. However, by the late 18th century most dragoon regiments had evolved into conventional cavalry units, able to charge and fight on horseback. They were armed with short rifles known as carbines and heavy swords.